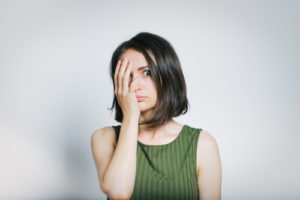 The other day I was talking casually with a sports fan acquaintance, and  heard him refer to an “eLight” (EE-light) league. After hearing several more references to this strange-sounding league, I realized he meant to say “elite”.

The fear of mispronouncing a word is one of my secret social anxieties. I grew up in a world where one would be mocked or loftily dismissed for mispronouncing any word in the dictionary. As a child, I loved discovering new words through reading books, but I grew fearful of using them in speech after an unfortunate run in with the word “redolent “. It seemed logical to my 12 year old brain to pronounce it as “re-DOH-lent”. The drubbing I received for that mistake (turns out it’s pronounced “RED-i-lent”) made me phobic about using any fresh word in conversation unless I had looked up the pronunciation in a dictionary first.

My strict pronunciation lookup rule protected me from social humiliation until age I was 37, when I tossed the word “detritus” (pronounced as “de-TREE-tus”) into conversation with a British friend. He gave me a puzzled look.

”Do you mean detritus (dih-TRY-tus)?” he asked.

Immediately I realized my mistake. Fortunately my British friend seemed to interpret my gaffe as one of those across-the-pond linguistic mutations, and we moved on. But I renewed my commitment to my childhood pronunciation lookup rule.

By now of course, someone has written a book, YOU’RE PROBABLY SAYING IT WRONG,  about 150 commonly mispronounced words.

I fared pretty well on the article’s extracted list of commonly mispronounced, probably due to my lifelong lookup rule. It turns out I have been mispronouncing “gif”, however. The guy who invented the gif says it’s pronounced “jif”, not “gif” with a hard “g”. My dictionaries are no help on this one: they provide both pronunciations.

Damn the techie torpedoes; I’m sticking to “gif”, with a hard “g”.

Have you ever felt embarrassed because you mispronounced a word in conversation? What are some words that you tripped over?

25 thoughts on “The “eLight” League, And Other Commonly Mispronounced Words”