(This week’s post is a repeat from 2013, but the concept is always, always relevant for me: the parallels between gardening, writing, and editing.) 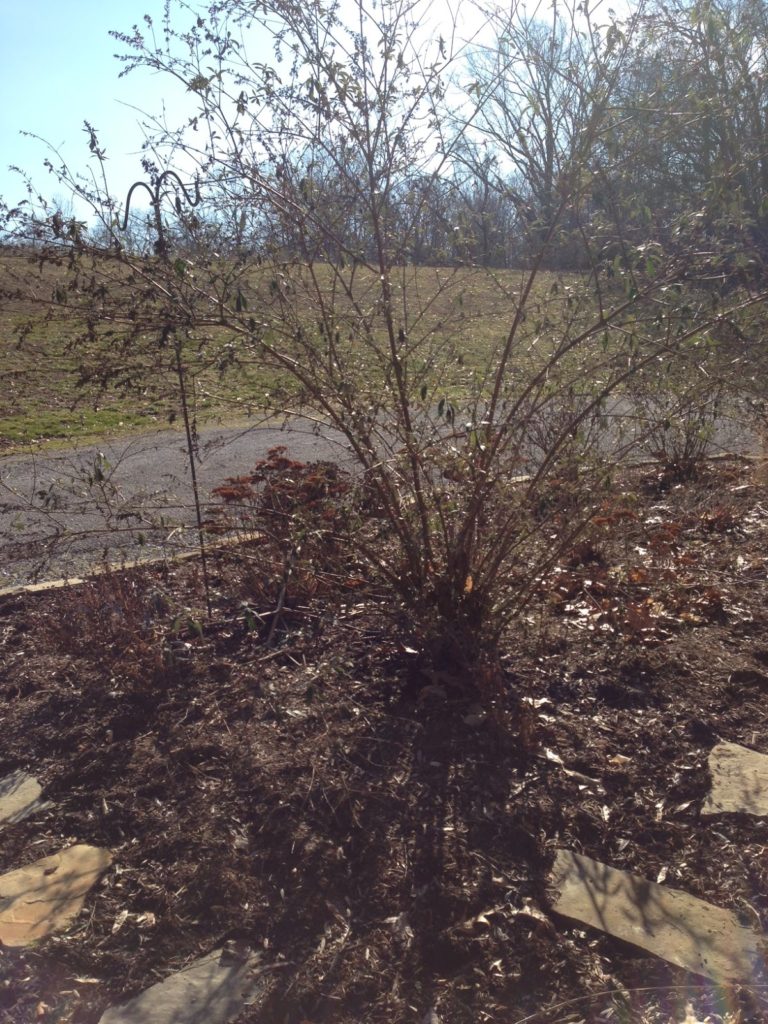 This is the hot mess that is my beloved butterfly bush, and I can’t wait to set to work on it with my pruning shears. And not just the pruning shears, but the limb lopper, as well. Okay, maybe not the limb lopper, which extends to seven feet long and is generally reserved for trees–but definitely one of the larger pruning tools in the garage.

The first time I owned a butterfly bush was back in Virginia (*sniff* I miss that place so.). We planted three in a corner of the yard, just in front of a stand of impenetrable wild blackberry bushes. The butterfly bushes were a triangular oasis in that unkempt place, a bit of gaudy, fragrant dishabille among the thorns. I had only heard of butterfly bushes, and imagined them to be magical things. And they really are rather magical in the way they attract hundreds of butterflies, bees, and hummingbirds. The scent! Rich and sweet. If you think of a rose as smelling like a woman’s subtle perfume, the scent of butterfly bush blossoms is like a faceful of flower candy.

Imagine my distress when the landscaper told me that, every year, I had to cut away nearly all the bushes’ limbs, down to a height of between fourteen and eighteen inches. I was stunned. It sounded so brutal. So violent.

Come early spring, my only confidence in the project came from the fact that the landscaper told me that if I didn’t do it the bushes’ growth and flowering would be very poor. On a sunny day, I headed up the hill with my pruning tools and gloves, and our beloved German Shepherd, T.J. (He was there to help me be brave, bless him.) In the spirit of sensitivity, I would love to tell you that I timidly snipped and snapped with the smallest tools, cutting off the old wood with a delicate hand. But I did not. First, I apologized to them for the pain I was going to cause, and then I went after them like I was out for revenge. I had those three large bushes trimmed down to their proverbial nubbins in no time flat.

Knowing that I’m slicing and dicing those poor limbs for a worthy cause helped my enthusiasm, but that doesn’t really explain the pleasure I took from it. The whole exercise felt very cleansing. Renewing–both for the bushes and for me

It shouldn’t surprise me, I guess, that I’m able to draw a distinct parallel between my now-mania for pruning bushes (and those troublesome clumps of decorative grasses) and my burning desire to hack my current novel-in-progress to bits with my electronic snippers. 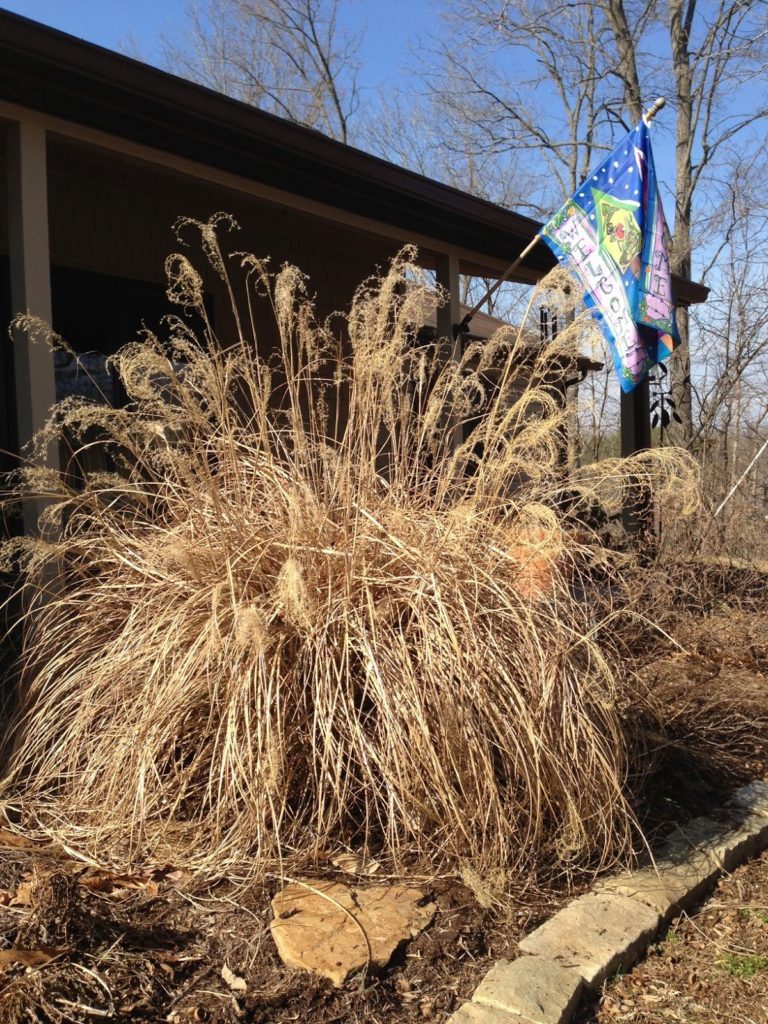 Right now my WIP is at about 95 thousand words, headed for at least the 100K mark. It’s big, and floppy, and well-aged at this point. Is it bearing fruit? Well, mostly. Is there dead wood? I suspect there’s plenty.

Many, many writers I know hate the editing process. Me? Last week I ripped out a parallel-plot section of the novel that was about 6K words and rewrote it so that it’s now 11K word, and only re-used about 1500 words of the original section. (If you know my work, you know I’m a sucker for parallel plotting. No distressingly long paragraphs of exposition for this girl. If I want you to know about something I want to tell you ALL about it. Dammit. And you’re welcome : )

My love of editing holds me back, frequently. Everyday I have to stop myself from starting at page one, and rewriting until I get to the end. Didn’t some famous writer like Hemingway actually do that? Madness. That’s the way I write short stories–but we’re talking about an hour or so of editing every day for a story. Writing a novel that way would add months, even a year to my process. So, some days, I futz around with editing a chapter or two before I get down to the real work. Right now, the real work lies in ending the book.

Writing the original story is much more difficult for me than editing what I already have on paper. Really. Writing is painful for me. It’s all tied up with fear and judgement and more fear and more judgment. Now that I think about it, I could be doing a lot less painful things–like editing other people’s work. But, no. I really do like having written. That’s the point. Seeing the thing done. Then I get to play with it. Enjoy it. See it as something new in the world.

There’s a saying that should be tattooed on the forehead of every barista in every coffee joint where writers work. It’s been attributed to writers from Nora Roberts to Jodi Picoult, but it really is just a truism:

You can’t edit a blank page.

Just like you can’t prune the hell out of a bush that hasn’t yet bloomed.

Instead of maundering on about the comparison, I’ll go ahead and set myself a little challenge…to get those 6 or 7 K words done in the next couple of weeks, before I take the shears/pruners/clippers to my favorite bush in the garden. If I don’t get it done, the bush will be a sad thing this summer, with far fewer blooms, birds, and butterflies. And I won’t get to go mad, mad, mad with sharp things. Which, in the end, would be the real shame, yes? 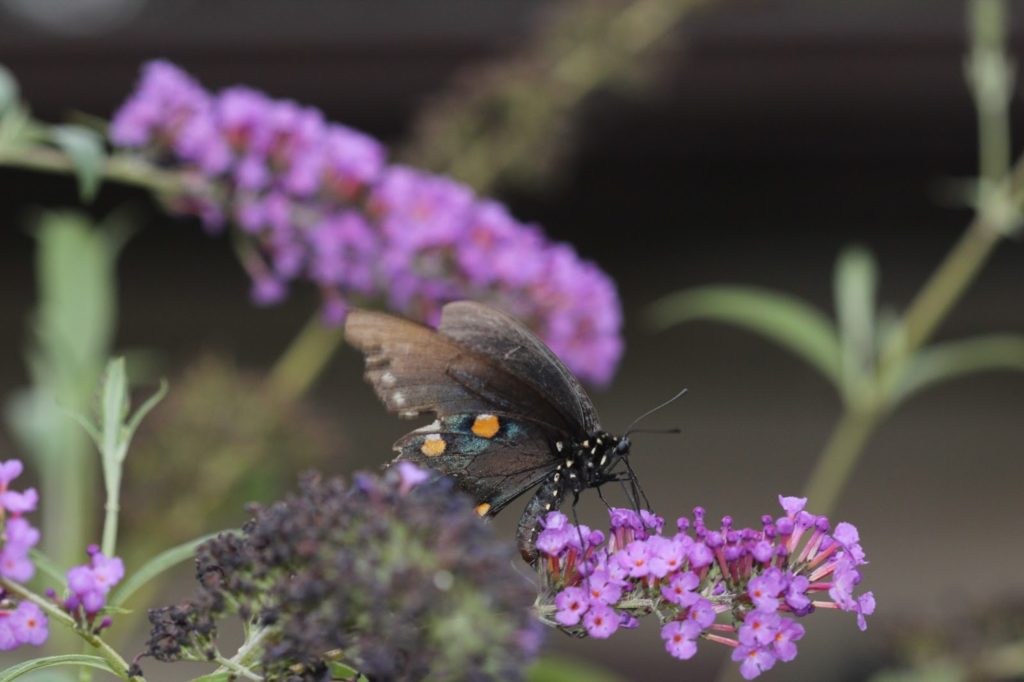 12 thoughts on “Pages and Pruning Shears”