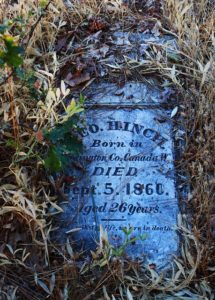 I am not sure if I am actually writing this or not.

You may not understand if you are one of the few people who has not seen the multiplex blockbuster Avengers: Infinity War. The plot basically involves a powerful being named Thanos — think Brock Lesnar in body paint — who (among other things) has to destroy part of the Universe in order to save it. This last gasp measure includes wiping out half of the people on Earth, which he is able to do with a snap of his fingers (I don’t like to do spoilers, but, like, that part of the plot is already out there, and everywhere). The Avengers attempt to stop him, and…anyway, there is a website that you can visit which will tell you whether you are still around or if you were vaporized when Thanos made like Bobby Darin in the interest of preserving all that is, or what is left of it. I checked and it seems that I was expendable and have joined the Hall of Heroes. Of course, no one really stays dead in the Marvel Universe forever so there is going to be some trick that turns things inside out and right side up to set things back to normal at some point down the road.  As for me, I feel like I’m still here, so it looks like I will be able to catch up on this season of Strike Back, keep watching Season Three of Billions, and, of particular importance, write my blog for today, procrastination notwithstanding.

All of this talking and viewing about death, however, got me thinking about mortality. The topic is often the subject of jokes. Abraham Lincoln’s last words, so the joke goes, were “You and your damn theatre tickets.” Bob Hope was asked on his deathbed whether he wanted to be cremated or buried. He reportedly answered, “Surprise me!” I also am fascinated by memento mori in picture form which seems to be a Pinterest topic of interest as well. I hadn’t really thought about the topic until several years ago when I attended a funeral where one of the (adult) grandchildren of the guest of honor was walking around snapping photographs. I was quietly aghast — most of the funerals I had previously been to had been held for Italian relatives and we just don’t do that — but I am sure that the photos will provide fodder for conversation several years and a generation or so down the road (“Who was that?”).

All of the above pales in comparison, however, to what I happened to find recently. I was researching how long a body stuck in a wall would continue to smell (you don’t want to know why I was wondering about that. Really. You don’t want to know) when I came across a term known as “coffin birth.” These don’t happen now (at least in the United States) but they were fairly prevalent here between the seventeenth and nineteenth centuries and around the world before then (and to some degree even now).  A coffin birth would occur when a woman who happened to be pregnant would die and be buried. Her body would later expel the corpse of her unborn child. Archeologists (make that “unlucky” archaeologists) have happened upon this phenomenon with semi-regularity. I find that to be the stuff of nightmare, for reasons I can articulate (but won’t) and for reasons that I can’t. The worst thing, however, is that it’s actually given me an idea for a story. I’m not sure that I want to go there — Poppy Z. Brite, I suspect, wouldn’t have hesitated — but I might.

My story notwithstanding…if horror is your game and you want to fashion something around that unfortunate occurrence, have at it. What I want to know from you, however, falls under the general heading of research. What is the most unusual fact — one that you were not looking for — that you’ve discovered online while researching something for your writing project entirely different? Don’t everybody answer at once. Thank you in advance.

28 thoughts on “Not Before Breakfast”