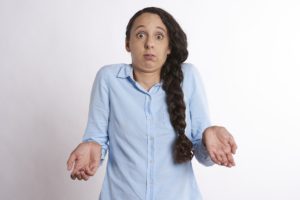 Today is an open forum. I want to discuss my theory of speed bumps. Why do we writers seem a bit obsessive about things like point of view, “head hopping,” dialogue attributions and so on? Some might think, Hey, man, if you’ve got a good story, those things won’t matter so much.

Well, I think they do. Because if you’re enjoying a pleasant drive, but keep hitting speed bumps, the pleasure you might otherwise have enjoyed will be diminished. And if it happens a lot, you may decide not to take that road again (meaning, not buy another book by the same author).

We want our novels to be more than good. We want them to be unforgettable. A high bar indeed, but why settle for less? “When you reach for the stars you may not quite get one,” the old saying goes, “but you won’t get a handful of mud, either.”

I thought about all this the other day when reading a thriller by a bestselling author. Four things bumped me out of the story. I’d like to see if you agree. I have tweaked the details just a bit because I’m not here to throw shade on a fellow writer. But I do want us to learn.

The novel is about a female police detective on the trail of a serial killer.

So I’m reading along and come to this line:

I blinked a couple of times to make sure I was seeing correctly. Yes, they were there, the two punctuation marks.

It jolted me because I don’t even think this was done in the old Hardy Boys or Nancy Drew books. Where was it done? In comic strips.

But here it is, in a contemporary thriller. I think it looks amateurish. But maybe that’s just me. Would a reader really care?

It’s not going to happen, she thinks. Not here, not ever.

There are several ways to give us the interior thoughts of a character. One of them is via italics. But the whole point of an italicized thought is so you don’t have to use a tag like she thinks or she thought.

It’s an unnecessary interruption and thus a speed bump. Sure, maybe it’s a little one, but why have any at all when it’s so easy to smooth them out?

Now we come to the climactic scene. The cop comes home only to find the serial killer waiting for her, with a gun, and holding a hostage by the neck.

The killer shoots. The bullet hits the cop in her upper arm and propels her body backward into the living room wall.

You know how we see this in movies all the time? Like Dwayne “The Rock” Johnson with a sawed-off shotgun and the bad guy’s body slamming into a wall or out a window or through a door.

Only problem: bodies don’t do that. Brother Gilstrap will back me up on this, but even with a shotgun blast to the chest a body falls downward like a sack of laundry.

But here we have a mere bullet from a revolver hitting an arm. I’m taken out of the scene because there’s no possible way for a body slam to happen.

But will readers notice? I ask you.

You should be familiar with deus ex machina—Latin for “god from the machine.” It’s a term for something that happens to resolve the climax, only it drops in out-of-the-blue, unjustified. The protagonist is saved but the reader utters a great big “Come on!”

In some thrillers I’ve read there’s a kind of thrillus ex machina (apologies to Aristotle) at work. Suddenly the protagonist develops an instant set of skills or finds almost superhuman strength at just the right time. Or maybe there’s a suspension of physical or forensic reality.

So here we have our serial killer winging the protagonist while holding a hostage. The cop reaches behind her, with her left hand, for the service revolver she has holstered at the small of her back.

Then, using the hand she’s never practiced with, she fires off a shot and hits the killer’s right shoulder, inches from the hostage’s head.

Blood sprays from the wound.

The cop fires another round with her left, a perfect shot to the killer’s other shoulder, once again next to the hostage’s head.

At which point the killer passes out from shock and blood loss.

If I may: A bullet to the shoulder (or other soft tissue) does not cause a spray of blood.

Also, it’s hard for me to believe a trained cop would shoot with her unskilled hand with an innocent target exposed. But perhaps we can let that first shot pass. That she manages another perfect shot with her left, hostage still there, is too much.

Finally, someone doesn’t pass out from blood loss in a matter of seconds. A person needs to lose 3 to 4 pints of blood before they start to have oxygen issues.

Again, I’m not here to throw stones at this author. It’s doggone hard to end a thriller in a way that’s satisfying and unpredictable. Perhaps an A-list writer can get away with thrillus ex machina from time to time. It probably won’t put a big dent in the ol’ fan base.

But why risk any dents at all?

The floor is open.

66 thoughts on “Stuff That Takes Readers Out of a Story”