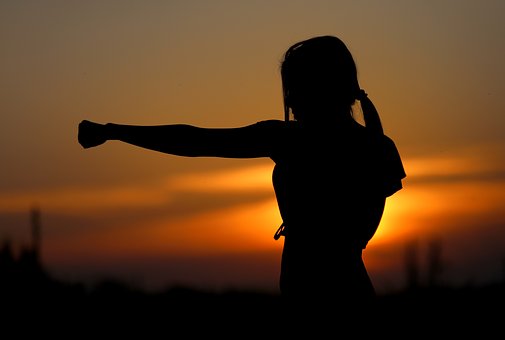 Another courageous writer has volunteered a First Page Critique, Legacy in Blood. This first page gets off to a such a rip-roaring start, I think the submission only needs light jiggering. Read Legacy in Blood. My comments follow it.

The first time I met Shauna Kelly, she’d come to my rescue and over the years since, that never changed. That time my cantankerous temper and heaping passel of pride teamed up to push me over a line I shouldn’t have crossed.

The whole second grade class of boys surrounded me in the playground with nary a teacher in sight. Not even my colory imagination could conjure me walking away without my ration of lumps. Fat Eddie Langtree had stolen his last lunch from a scrawny kid who looked like he could use the meal and I’d had enough of his bullying.

I lowered my chin and raised my fists as the jackass wall closed in tight. When someone moved to my right, I turned to take a swing, but Shauna Kelly shoved through the line of idiots and stood by me—the prettiest girl in school.

‘Shut up.’ Pretty Shauna had her game face on. ‘You’re not the only one who hates bullies.’

It should’ve been ‘game on,’ but something hit me hard—a thing that came from inside me. No one had ever taken my side before. I knew about standalone fights. I’d grown up in the ‘throw away kid’ system and never knew my mother or father. I was on my fourth foster home and I had more in my future. When Shauna stood by my side, the adrenaline came in a rush and I felt the warm sting of tears. No way would I cry in front of Fat Eddie.

For the first time, someone had fought…for me.

I lost a tooth that day and Shauna scored her first black eye. ‘No one wins in a fight like that,’ she told me, but I had to disagree. I’d found my first real friend and I had Fat Eddie and a peanut butter sandwich to thank for that.

That memory of Shauna made my heart ache even more as I wandered through Lafayette Cemetery in the dark. Lost, I’d come to find her again—like a dog missing the only human I ever loved. A rumbling thunder cloud started to cry and I welcomed its fury and its tears. I knelt by Shauna’s headstone and touched her name with my fingers and let my tears fall. As the menacing storm closed in, I drowned in the flood of lifetime memories of me and my best friend.

Anonymous Author sets an intriguing scene: Two second-grade classmates fight a schoolyard bully and become lifelong friends. As an added twist, one fighter is a girl, and we learn at the end of the first page that she’s dead. Bravo! I’m hooked.
A few tweaks would improve this already good submission.

I assume he is, but let us know. Introduce him. Give us his name. You can do that early in the selection. Here’s an example, but I’m sure you can find a better way:

No one had ever taken my side before. Me, Billy Smith. I knew about standalone fights. I’d grown up in the ‘throw away kid’ system and never knew my mother or father.

(2) Put this first page in simple past tense:

The first time I met Shauna Kelly, she came to my rescue and over the years since, that has never changed.

(3) Consider making that first line into two sentences. Then simplify the second sentence to “over the years” or something similar:

The first time I met Shauna Kelly, she came to my rescue. Over the years, that has never changed.

(4) Where are we? Please tell us.
Where is this happening? What country or region? What year is it?
I assume this scene is set in recent times because the narrator talks about “growing up in the ‘throw away kid’ system” and “never knew my mother or father.”

(5) If the selection is set in modern times, why use the archaic language?
Why does the narrator use such 19th century terms like “heaping passel of pride,” “nary a teacher in sight,” and “not even my colory imagination could conjure me”? Is this scene set in an isolated community and that’s how people still talk in that part of the world?

(6) Are you British, AA?
The quote style seems to be British English, which uses single quotes around dialogue and other terms. If you’re not, switch to US punctuation.

(7) Fix a confusing phrase in the last line.
The section ends dramatically: The narrator is lost, alone, crying over Shauna’s grave in a cemetery.
He vows to avenge Shauna’s death, but the phrase “have her back” is confusing. At first, I thought you meant “have her back” as in “have her back alive.” On second reading, I realized you meant “protect her” or “save her memory.” You might want to recast that phrase:
Not a day has gone by that I haven’t missed her. Now I had to have her back—in the only way I could. I had to find her killer.

That’s it. Congratulations on an inventive, well-written work. I look forward to seeing this published.