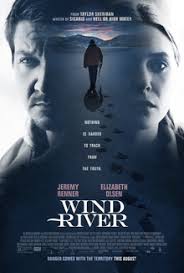 While we don’t always agree on everything put forth here on Killzone (remember the “I don’t think writing can be taught” hypothesis?), I’m guessing we’re all on the same page with one thing:

We like movies. Maybe we even love movies. Because as authors, we like to observe, marvel at and learn from all forms of storytelling.

Not all movies, of course. Some we like just because of the popcorn. Others because they are adaptations of books we love. Which too often leads to us finding ways that the movie isn’t quite as good as the book that inspired it.

Not a problem with today’s writer-to-writer movie recommendation. This one is an original screenplay, and stands alone as its own example of iconic storytelling.

Today I’m tossing out a current movie for Killzoners because of the other reason we love them: good movies delivering a great story can teach us something about narrative exposition, characterization, dialogue and the power of place and setting (that is, if you believe that storytelling actually can be taught, if nothing else than through example, which I’m confident includes most of us).

This particular movie is a powerful two-hour workshop on all of these narrative fundamentals.

It’s called Wind River, starring Jeremy Renner in an Oscar-worthy turn as the hero (a Fish & Game enforcer who carries a chrome-barreled cannon of a rifle) and Elizabeth Olson (a rookie FBI agent), with a stellar supporting cast of very serious dramatic artists.

Place and setting are the first things you’ll notice. It’s set per the title, deep within a 185-stretch of Wyoming wilderness in the dead of winter among a largely Native American community, and you’ll swear you can feel a brisk chill in the theater once the house lights go down. The setting – both geographic and demographic – becomes a narrative framework that exerts its power on the story arc, as well… it’s fun to watch that happen, and it’s a clinic on how to do it, as well.

It’s a flat-out murder mystery, as gritty and raw and emotionally-resonant violent as it gets. And yet, the dialogue delivers the rare duality of pitch-perfection and jarring humanity. You might want to bring a hanky, because there are moments of writing so spectacular – and let’s acknowledge the partnership between writer and actor on this count – that will take the chill right out of the air and send you into a swoon of envy that only another writer might sense.

Notice the Prologue, too. It makes a solid case that Elmore Leonard (who hated them enough to include Prologues in his list of things that we should never do), has at last been proven wrong on that count.

And then notice how the writer wraps in the backstory (at the third act turn) to inform all the troubling questions that have kept the players up at night and the viewers on the edge of their seats.

All that credit goes to screenwriter and director Taylor Sheridan.

If you look him up you’ll think his mug shot looks more like a leading man than someone behind the camera, and if you read further into his bio you’ll see that he was indeed an actor on the cable hit Sons of Anarchy.

Not an easy shift, as George Clooney continues to prove (the forthcoming Suburbicon is evidence to the degree of transitional difficulty).

But that’s not why Mr. Sheridan is Hollywood’s newest and hottest it boy. He’s already an Oscar nominated screenwriter, having penned last year’s Hell or High Water (with Chris Pine and Jeff Bridges), and before that, the well-reviewed Sicario (with Emily Blunt). Both of those are writer’s-movies, as well.

Oh, and the ending… that’ll rock your world.

Read the reviews for Wind River on Rotten Tomatoes (which scored it a very respectable 88/93; I’m thinking some of the very few naysayers just didn’t hear the poetry and angst in the dialogue) and see what they’re saying about this guy. This movie is the fulfillment of the promise of those first two scripts, and because he directed Wind River as well, this is someone we’ll be hearing a lot from going forward.

You can click on the trailer for the movie at Rotten Tomatoes, as well.

We should all strive to summon a hero with this level of complexity, courage, backstory and heart to our novels, especially in the mystery/thriller genres.

This movie just might help us do just that.

Enjoy. If you’ve seen it (or if/when you do), please share your thoughts here from your writerly point of view.