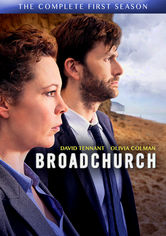 Today I’m recommending two multi-episode televised dramas to writers seeking to witness and behold the core principles of storytelling – the very same knowledge available from the right writing teacher or book, or if not there—because you don’t believe in such silly things—then via a self-managed tutelage of your gut instincts… whatever gets those principles into your head.

The writing road can be long and steep until that happens.

For the writer unfamiliar with these principles, a great movie or series is simply just a great story well told, without much to take away. But what does well told even mean? It almost always means certain story forces have been leveraged, principles that are generic in nature (meaning, they apply to and enrich any story, in any genre) and totally available to the newer writer, as well.

Both of the programs I’m recommending are available on Netflix.

When you have those principles dangling in front of you, however they got there, seeing them unfold on a screen tends to reinforce what you’re seeing in the pages of the novels you love. It’s like watching pro athletes and analyzing down what you see… the next time you step on a court or field or tee box, you are already a step ahead of the less enlightened.

And thus a sense of storytelling craft begins to crystalize.

And on this we probably all agree: story sense is everything, because it is precisely what empowers any writing process.

To get the full effect you’re best served if you binge-watch these programs (the entire season is available within a single menu, episode by episode), which duplicates the experience delivered by a novel, chapter by chapter, gaining momentum while enveloping you in a vicarious, emotionally-resonant dramatic experience.

I’ve binged both of these series in the last ten days, and in both cases the learning leaps off the screen into your head… if you know what to look for.

One of them works. Stellar in every way. The other shows what happens when you take a concept that glows in the dark and then overplay characterization and theme—the twin Achilles Heels of the new writer—to the detriment of dramatic exposition and emotional resonance, thus incurring the wrath of critics and viewers alike.

The first 8-episode season of—Broadchurch—available on Netflix, is the one that works.

It’s a deep and resonant murder mystery, and it does everything right.

It opens big, sucking you in. Notice how the empathy card is dealt within minutes. You’re hooked. It quickly becomes a stage for a roster of diverse characters, each with diverse and compelling backstories that are played with just the right touch, with the three leads toying with our emotions wire-to-wire, and with a escalating sense of stakes and dramatic tension that sends you down blind alleys that make sense, some that are dead ends yet stand alone as their own mini-arcs, and all along plants clues you’ll only notice upon reflection.

This is exactly how a good mystery should unfold within the pages of your novel. Take notes, you might even want to watch it twice. Everything you need to know about how to make a murder mystery work is within these eight 47-minute Netflix episodes.

Broadchurch has a 92/95 score on Rotten Tomatoes if you need more than my recommendation.

As a footnote here… the cinematography will blow your mind.

The recent series Gypsy, also on Netflix, is the one that falls short of expectations.

Written by a new writer, it was developed by Netflix because of its thematic richness and the juicy layering of its protagonist (a therapist with her own agendas; warning, this is hard-R rated stuff). Which shows that even the folks at the top may not know the best way to spin a story.

Because in genre fiction, which this is (a psychological thriller), character and theme is not enough.

Gypsy falls into the new writer trap of simply showing the protagonist in a series of different situations, most of them compelling and dark (they play like short stories within the overall story arc), each one plumbing the depths of her self-interested desperation as she spins a web toward her own destruction… or not.

Critics had a field day with it. And rightly so. Nothing much happens in a macro-arc context (if you learn one thing from this series, it should be this), and there is very little suspense about where it is all headed. Yes, the rampant pandering to the forbidden works, you’ll come back for more… but you might find yourself yelling at the screen when the final credits roll after the last episode.

Rotten Tomatoes gave it a score of 27. Probably the lowest-rated project Naomi Watts, who is awesome in the lead but can’t save it, has ever been associated with. In fairness, it has a viewer score of 85, probably because of all the hot sex.

I encourage you to read the Rotten Tomatoes critic reviews (see link in last paragraph), which reinforces what I’ve said.

These televised mini-clinics are out there, more than ever.

Don’t like writing teachers and their books? This is your shot at a vertical learning curve, and you’ll get to say you did it all by yourself.

Not all that long ago it was popular among book lovers to, often by default, dislike the “movie version” of any novel that was adapted for the screen. It was cool to say that, it showed your literary nature. But that has become a hit-or-miss proposition… “The Help,” for example, was a note for note homage to the novel… and then on the other hand, there were the two Jack Reacher movies, which had Lee Child fans lighting up the internet.

I’ve always maintained that a film adaption is a rich opportunity for novelists. On both sides of the proposition. The good ones mirror the dramatic and character arcs, and thus, the writer has a means of seeing firsthand how theory translates to reality. And the bad ones can also be a worthy clinic, because you can observe where and how the core principles of storytelling that worked in the novel were compromised in the screenplay, which has only two hours to work with.

Lately, though, things have changed.

The emergence of 8 to 10-episode miniseries, mostly on cable channels (Breaking Bad, anyone?) and, perhaps most effectively, on HBO and Showtime, as well as a few of the British networks (which was the original source of Broadchurch; Gyspy was an original production from Netflix), is a gift to the emerging novelist looking to see these so-called core principles in action.

These programs are very different than what we’re used to in a television drama (like Law and Order or Castle, for example), which features the same conceptual setup each week, with a plot-of-the-week that is always fully resolved. But these newer 8/10-week stories, sometimes adapted from novels, or not, are literally linear in nature. There is no resolution until the final episode. In fact, the unfold almost exactly like how a good novel unfolds.

Downton Abbey played like a historical novel. Game of Thrones is a visual novel going on its sixth season. There are dozens of other great examples out there of the long-form, multi-episode, single-story format that is taking over the television business.

I hope you’ll take advantage of this opportunity to learn.

I think you’ll find that Broadchurch and Gypsy demonstrate two sides of the storytelling coin, quickly and clearly clarifying story essences and arcing techniques that may have seemed like theory before, but are proven to be very real and effective.

Your non-writer friends may not see it, but I’m betting you will.

Have you watched any other examples of this format on television? How did it inform your story sense as an author?