The 1950s was a robust decade for American letters. The letter B had a particularly good run.

In the other kind of letters—literature—there were two tracks that fed a voracious reading public: the mass market paperback, and the middlebrow-Book-of-the-Month-Club-style hardback.

With paperbacks, dozens of writers made good money writing crime, Westerns, mysteries, Sci-Fi, etc. Most covers were salacious, for these were marketed as impulse buys on wire spinners in drug stores, bus stations, and truck stops. Real bookstores did not carry titles like these: 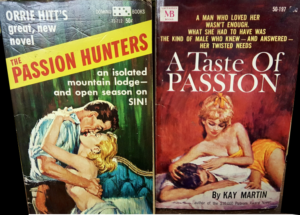 Ignoring the paperback original neighborhoods, the literati were about hardcovers and reviews in the New York Times. This was where the “important” novels were to be found. Perhaps even that white whale, The Great American Novel.

Those who put themselves in the running for this prize were authors like Norman Mailer, Herman Wouk, John Steinbeck, Ayn Rand, John O’Hara, Irwin Shaw. And one of the ways they measured the potential was pure, raw page count. These authors put out doorstops. Some of the pantagruelian publications—like East of Eden, Marjorie Morningstar and Atlas Shrugged—were big bestsellers. Others, however, no so much. 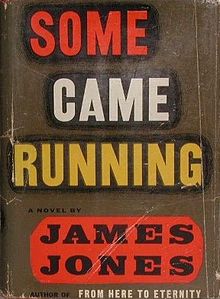 Perhaps the biggest flopperoo of all weighed in at a staggering 1,230 pages—the longest novel published by an American author to that date (1957). It was Some Came Running by James Jones, a novel that took six years to write and was absolutely savaged by the critics.

Jones was, of course, the author of another big book that was a smash success as both novel and movie: From Here to Eternity. It was his first novel, too, which put enormous pressure on him to produce a fitting follow-up. Didn’t happen. A sense of the critics may be found in a clip from one of the reviews:

From Here to Eternity was both moving and comic because of the herculean efforts of its hero to fight the System; Some Came Running fails because the hero’s resistance to the system has now been elevated into a philosophical principle. Jones’s new determination to lay down doctrine is doubtless due to his inflated sense of his role as a novelist, a result of his first success.

Because of Eternity, the movie rights to Some Came Running were gobbled up by MGM well before the book came out. I wonder what the boss at MGM, Joe Vogel, thought when he read the novel … or at least looked at it sitting on his desk.

Fortunately, the project was given to Vincente Minnelli and turned into a commercial hit. It starred Frank Sinatra, Dean Martin, Shirley MacLaine, and Martha Hyer. A highly abridged paperback (!) was released to go along with the movie.

The book soon fell out of print. But in the new digital age is has been brought back by Open Road Media.

I read it. At least most of it. Well, maybe 75% of it, because I did a lot of skimming starting around page 500. What went wrong with this novel? For me, the following:

First, Jones made an odd stylistic choice to eschew apostrophes in the conjunctions. So you get lines like this through the whole novel:

“Ill probably never get another chance,” Dave had said, “but if I did, I still dont think Id take it.”

Second, about 85% of the book is narrative summary. In other words, the great majority of the novel is not presented in immediate scenes, given beat by beat on the page. Rather, we get page after page of the author telling us what happened.

The biggest problem, though, is that I didn’t bond with any of the characters. The protagonist, Dave Hirsh, is a novelist and war vet (a thinly-veiled James Jones) returning to his home town after nineteen years. He finds it hard to write, but not to drink. And brood. That wasn’t enough for me.

The movie succeeds, in my opinion, mainly because of Shirley MacLaine as Ginnie. In the book, Ginnie is a “floozy” who falls for Dave. Dave marries her only because the other woman, the virginal Gwen, rejects him. Ginnie does not wear well on Dave, who is let out of the marriage …

… by getting murdered at the end of the novel.

MacLaine, on the other hand, earned an Academy Award nomination as Best Actress. She’s wonderful and heartbreaking, especially in the final scene (quite different from the book).

So what’s the point of all this ruminating on a novel from the 1950s? Let’s see if I can figure it out:

So how are you dealing with the highs and lows?

NOTE: I wrote a book about such dealings if you’d care to have a look. 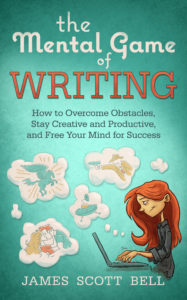 21 thoughts on “The Great American Novel That Wasn’t”