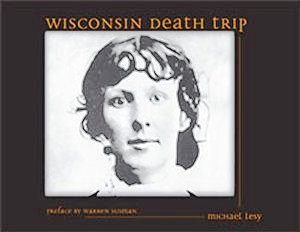 It is an unfortunate truth that the most interesting tales are mid-wived by tragedy.  No one is interested in a book or a story about the hundred of airplane flights that take off and land safely each day, or of the thousands — millions — of honest transactions and interactions which occur among our fellow human beings in any given hour. It is, rather, the stories that have an element of the poignant, the violent, and the sorrowful that pique our interest. One could cite many reasons for this and from several sources, be they psychological or religious. When we hear of a child gone missing or an acquaintance’s loved one passing, we may feel sorrow but we also feel, to be honest, a kind of shame of relief that the tragedy is not our own, even as it haunts us. Winston Churchill is credited with saying “Nothing is so exhilarating as to be shot at without result.” Just so.

I believe that this is particularly true of those of us who read and write fiction in the mystery, thriller, and horror genres. Ironically, my favorite book of this type is a work of nonfiction entitled WISCONSIN DEATH TRIP by Michael Lesy. WISCONSIN DEATH TRIP is not a narrative. Lesy compiled photographs taken by Charles Van Schaick in and around rural Jackson County, Wisconsin in the late nineteenth century, and interspersed them among hundreds of transcribed newspaper clippings from the same area to create WISCONSIN DEATH TRIP. The result is a disturbing and unsettling collection of bizarre events which appear unconnected but which taken together seem to document a rural hive madness. To name but a few: the elderly mother of an imprisoned man commits suicide in a particularly dramatic fashion; a respected family man with a reputation as a hard worker dies of an overdose of morphine, leaving only a cryptic note; and a man seeking cheap transportation finds his trip unexpectedly ending in a gory tableau.

The dark beauty of the book for a reader or a writer is that one can open it and random and be enthralled, horrified, and inspired. With regard to the latter, that isn’t just me talking and/or opining. WISCONSIN DEATH TRIP has inspired everyone from Stephen King (he cites the book as the inspiration for his story “1922”) to musicians (Static-X named an album after the book) to late night cartoons (the cult classic series The Heart She Holler). The transcribed newspaper accounts are quite short; if you’re seeking inspiration and in a writer’s group, you could pick an account at random and throw it into the group just to see what each person creates from the spark. I’d be willing to bet the breadth of Jackson County and all that is on it that the stories would be wildly divergent.

WISCONSIN DEATH TRIP has gone out of print a couple of times, but it’s currently readily available for sale off- and online thanks to the fine folks at the University of New Mexico Press. Whether you need a prod creatively, desire inspiration to appreciate your current circumstances, or just want to be quietly horrified, you should check this book out. Oh, and there’s a movie too, which is quite good as well. But we prefer books, don’t we?

My question for you: have you experienced — either first or second hand — a tragedy which has had a long-term influence or affect upon your writing and/or your life? That haunts you, inappropriately and without warning? Be as general or as detailed as you wish. I don’t want to go into detail about mine, but it involves running with a stick. I didn’t let my poor kids run or walk with anything sharper than a limp noodle in their hands as a result.

20 thoughts on “Inspired by Tragedy”