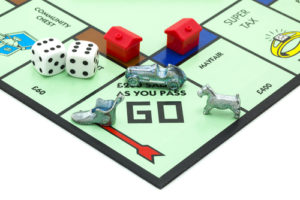 As you all have probably heard by now, a popular vote has given the world three new tokens for Hasbro’s game of Monopoly: a T-Rex, a Penguin, and a Rubber Ducky are In. The Thimble, Iron, and Wheelbarrow are Out. (Can’t say we’re sorry to see the Thimble go). The closest unsuccessful candidate was a tortoise. Of course, the announcement of the new designs  was accompanied by an inevitable bit of controversy about how the new tokens undermined the spirit of the original game. But so far, no dark conspiracy theories have emerged about Rubber Ducky fans rigging the system to give the Boot, the boot, thankfully.

It’s too late to vote, but wouldn’t it have been fun to see a writing oriented token in the mix? Perhaps a computer, a paper-filled trash can, or book token? 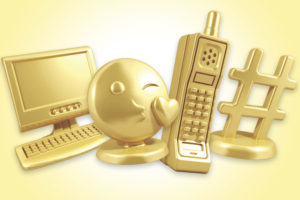 Are you happy with the winners and losers in the token popular vote? Are you sorry to see any of the old ones go?

6 thoughts on “Monopoly Tokens For Writers?”