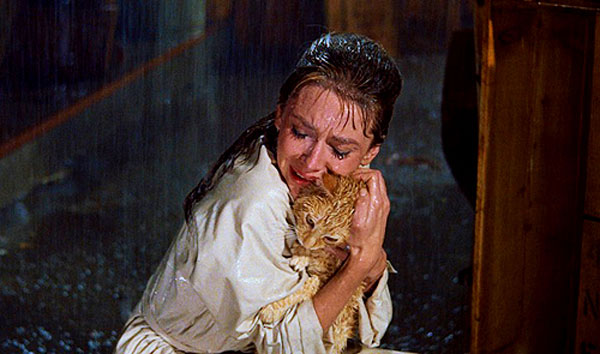 No, I don’t mean your first draft. I mean, has someone’s work moved you to such a point that you shed real tears?

It doesn’t happen often to me. Although I am a sucker for an emotional one-two punch. I remember reading Amy Tan’s Joy Luck Club on a plane and getting to a scene where the mother explains why she abandoned her babies by the side of the road. Well, I had to get up and go into the bathroom to compose myself. What a wuss. What a good book.

I cry at books, movies, and commercials (that old one where the Army guy comes home for Christmas and wakes the house up making coffee gets me every time.)

Maybe it is because movies are more inherently commercial, but they seem to evoke tears more readily than books. Why is that? Are novelists more leery of the “cheap” reaction of tears? The last crime novel I can remember actually bringing a lump to my throat was T. Jefferson Parker’s Silent Joe. Why is that? We are dealing with the themes of death and loss all the time. We describe blood and guts with clinical accuracy. Why do we pull our punches when it comes to showing the emotional outfall of death?

I was thinking about the place emotion had in fiction tonight because I happened to catch the last half-hour of Guess Who’s Coming to Dinner? Now I know that movie feels quaint in today’s world, but that scene where Spencer Tracy delivers his speech saying, “If what you feel for each other is half of what I felt for my wife, you’ll be all right.” With Katherine Hepburn all misty eyed in the background…great stuff.

Another movie that always gets to me is Breakfast At Tiffany’s: Even though I know it’s coming, I always sob during the scene where Holly searches for Cat in the rain. Now when I read Truman Capote’s novella that the movie is based on, I didn’t shed a tear. But the book’s ending is very different and, well, not as satisfying emotionally as the movie.

Other movies I get the Kleenex out for:
Roman Holiday: Princess Audrey, pauper Gregory Peck. Hopeless love.
The Vikings: Dead Kirk Douglas getting his Viking funeral sendoff.
Field of Dreams: Kevin Costner playing catch with his father’s ghost. Waaaa…
Sophie’s Choice: Stingo reciting Emily Dickinson over the death bed.
Old Yeller: Well, you know what happened to the dog.

Why doesn’t fiction evoke the same response as film? I don’t believe it is because movies are more visual. What is more powerful than the blank screens of our own imaginations? I think it might be because today’s crime writers are leery of being labeled as soft when we go into matters of the heart.

I had a conversation with a high-placed editor a while back. She told me she has noticed two trends in crime fiction recently: the decline of hard-boiled “guy books.” And the continued strength of romantic suspense. Now, let’s not kid ourselves. There is some terrific hard-boiled stuff being written right now, books that don’t turn up their noses at emotions. Likewise, there is some utterly putrid romantic suspense on the shelves these days, stuff that gets everything about police procedure and forensics wrong and gets really treacly about the romance part. Maybe I’m just reading the wrong stuff. What has gotten to you? What has made you cry? Movies are easy. But give me some books as well.

P.S. I am moving today. The movers came yesterday and packed us up. This morning, they are hauling all my earthly possessions down to the big truck. In two days, our little family will be starting a new life in Tallahassee.  The dogs, who’ve lived their whole lives in a condo, will like the new yard. Me, too. So, if I don’t get a chance to answer here…talk amongst yourselves and see you in two weeks!

16 thoughts on “Blubbering Over Books”