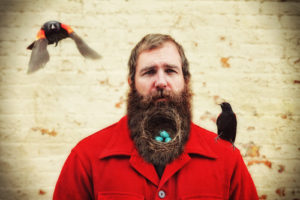 The history of human culture is rich with cautionary tales that warn the unwary against invoking the wrath of mythical creatures or vengeful spirits. In Japanese folklore, rude people  risked being dragged to a watery grave by scaly, aquatic creatures called “river children,” or Kappas. It was accepted wisdom that the  only way to escape a Kappa was to overwhelm it with politeness and good manners. In Hopi lore, the Crow Mother spirit, as represented by her masked kachina doll, was said to initiate youngsters with a ceremony that involved ritualistic flogging with a yucca blade. 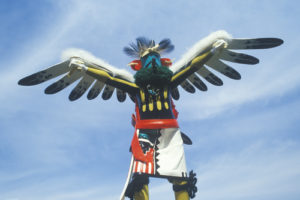 A week or two ago, I experienced a series of mishaps and general mayhem that led me to suspect that I had somehow invoked the wrath of one of these legendary tricksters. The chain of woe began  when we returned from a trip to discover an ant invasion swarming all over the kitchen floor, which had already been ruined by a wine cooler leak. Then some valuable jewelry seemed to vanish into thin air. And then the pumping system in the koi pond went kaput. One by one, I handled each crisis with some semblance of poise and magnanimity. But when the dog suddenly learned how to outwit his longtime containment system and proceeded to yark in spectacular and extremely odiferous fashion all over the house, I decided I was the victim of an invisible, non-canine evildoer. It was as if a Crow Mother had taken up residence just outside the door of our master bedroom. And there she stood, eager to deliver daily floggings via yucca blade every time I dared get out of bed.

I have a habit of personalizing inanimate objects or situations, and in typical fashion, I got upset at the Negative Nancy who had decided to roil the waters of my domestic harbor. Human cultures have traditionally used various methods to banish dark forces. In my case, I launched an energetic search for alternative, positive sources of energy. I won’t go into the details of my quest because doing so might make me sound crass, superstitious, or even deluded, but whatever methods I used to break the spell, they worked. The kitchen floor is being repaired; the lost jewelry was found; the dog stopped throwing up on the rugs and so far, hasn’t outwitted his new containment system. The counter trend of positive events has even picked up a bit of momentum–I recently received word that a studio is interested in developing something I wrote years ago as a TV movie and series. (I hesitated  before writing that last sentence about about the TV deal–I don’t want to wake up Negative Nancy. Our koi pond system is still on the blink, so I suspect she hasn’t disappeared forver. She may have simply retreated to the back yard where she’s lurking, yucca blade in hand).

Have there been times in your life that you’ve felt inundated with bad luck or some kind of dark karma? Are there any coping strategies you can share?

17 thoughts on “Animas, Kappas, and Crow Mothers, Oh My!”