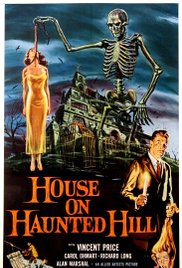 Price. Scared the bazoonga out of me. Still a favorite camp classic. But I’m always a little nervous in the dark.

So what about you? Do you believe in ghosts? Would you ever spend a night alone in a house people said was haunted?

11 thoughts on “READER FRIDAY: Do You Believe in Ghosts?”