It was only a few hours ago that I spoke with a friend that I hadn’t conversed with in almost forty years. Don and I worked for a couple of summers on a municipal road crew in the Akron, Ohio area in the early 1970s. We came from very different backgrounds and had a bit of an age difference between us but became something more than work friends. He had a number of colorful expressions, most of which I can’t use in family blog, but which pepper my conversation to this day. The method we used to rid a field of a hornet’s nest almost got me arrested some fifteen years after the fact when I replicated it elsewhere.

You don’t forget a guy like that, but you do lose touch. I moved to Columbus in 1978; Don stayed in Akron. Life got in the way for both of us. There weren’t emails or cell phones or Skype and we became busy with jobs and raising families the way that people do. I never forgot Don, however, given that I quoted him like Scripture on a frequent basis, usually with appreciative laughter from whatever audience I was before. I started looking for him on the internet several years ago but couldn’t find him and assumed he had moved or even passed. I had long since given up trying to reach Don when I saw him featured on the front page of a northeastern Ohio newspaper. He had been ambushed by a reporter outside of a polling station; he looked older (unlike me) but it was still the same guy, for sure. His internet presence, however, was still non-existent. I was able to locate a couple of phone numbers for him but they were out of service. I did, however, get a street address for Don after some effort and wrote him a letter — an actual letter — with my prized fountain pen. It took eight days for him to get it (they don’t call it “snail mail” for nothing) but he ultimately received it and called me. We’re going to get together soon (“…before one or both of us dies!” he said) and catch up further.

All of this got me to wondering about all of you. I remember where and how I met Don, and most of my other friends, and my wife, business associates, etc. But those of us who contribute blog posts to The Kill Zone don’t know how you, our wonderful readers and commenters, got here. What brought you to The Kill Zone originally? How did you get here? Twitter? Facebook? Writer’s Digest? An author’s link? I’d love to know. And if you have any stories about reuniting with old friends and acquaintances that are unique and/or unusual, please share if you’re so inclined. 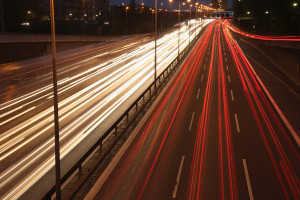