When the folks at The Kill Zone asked me to join their blog, I hesitated.

Not because this isn’t a wonderful blog. In fact, I think it’s one of the best going and I’ve long been a fan.

But after several years of not blogging, and several years before that writing posts for my own blog and for Murderati, I wondered if a) I was up to the task; and/or b) I had anything worthwhile to contribute.

I guess that’ll be up to you to judge.

For most of my life I’ve wanted to be a professional writer and have succeeded in that goal in a number of ways. I’ve been published in magazines, I’ve sold screenplays, I’ve written for animated TV shows (with the distinction of writing several episodes of what is probably the least popular of all the Spider-Man incarnations), I’ve published books with St. Martin’s Press, Penguin, Amazon, written under pen names for other publishers, including Harlequin, have had books published in several countries, and I’ve even won and been nominated for a couple of awards.

In 2012, after finishing a big project for one of the Big Six, I decided to say goodbye to the “traditional” publishing world and go indie. And I’m convinced that this decision (along with my buddy Brett Battles’s decision to leave Random House) was one of the underlying factors that led to Random Penguin, or whatever they call themselves. They obviously had to join forces in order to compensate for the loss of their two best authors…

But I don’t regret the decision to go indie. I’m very happy I took that leap and so is my accountant. So it will probably come as no surprise to you that I’m a strong advocate for the DIY approach.

In 2015, however, I went a little crazy and took DIY to new heights and decided to start my own independent publishing company, which has been an interesting and educational experience so far. In the process, I wound up on the other side of the desk, taking in work from other writers and finding myself in the unenviable position of editor.

I say unenviable because editing a book is hard friggin’ work. Harder in some ways than writing the book yourself. 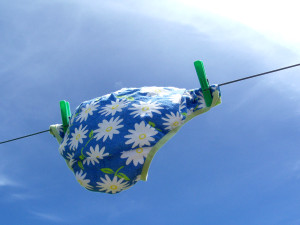 Because my mother used to tell me not to leave the house with holes in my skivvies in case I got into an accident and embarrassed myself at the E.R. Why that would be of any concern to me is a question I never thought to ask her, but you get the point (at least I hope you do).

And if you don’t, the point is this:

Back when I was publishing traditionally, I made sure my drafts were so clean that if I were to drop dead the next day, I wouldn’t be embarrassed by a story full of clunky prose and plot holes and half-baked dialogue.

I’ve always known, in theory, that not all writers are as crazy as I am. And after working with several now, I’ve learned first hand that some will turn in a draft that barely needs to be touched, while others look at the editorial process as a form of collaboration. A way to hone character, plot, story and structure with the guidance of their editor.

Neither way is right or wrong, but working with manuscripts in varying states of completion has taught me a lot about how others work, and has certainly cemented my long-held belief that there is no “single” way of writing a book. That every author must approach the task in a way that makes them feel most comfortable and gets the job done. 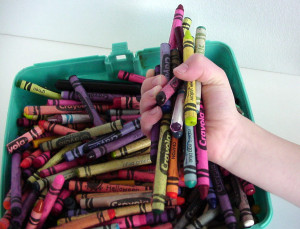 What I’ve also discovered is that, because I’m a writer myself, I’m very much a “hands on” kind of editor.

Part of this comes from the nature of the projects I’ve been working on. The premise, characters and series elements are created by me—in house, as they say—then passed on to other writers to do the grunt work. We work very much like a head writer and staff of a television show, and as head writer, I don’t hesitate to take a final pass on the book in order to make it conform to the “rules” of the series and the books that have come before it.

There’s every possibility that the “staff writers” have been grumbling amongst themselves about my sometimes heavy-handed approach, but most of those I’ve worked with have said they very much enjoyed the process and found the task of writing someone else’s characters both challenging and rewarding.

It’s been challenging and rewarding for me, as well.

So what’s the point of all this blather?

Well, it’s merely to lead up to this:

What kind of writer are you? When you turn a draft into your editor (whether indie or traditional) do you take the clean underwear approach, or do you consider the writer-editor relationship more of an exploratory collaboration?

Oh, and how do you feel about heavy-handed editors? I’m not talking copy editors, mind you (many of whom should be drummed out of the business), but content editors or story editors or whatever you want to call them.

And, finally, do you think editors are actually necessary? Because I may surprise you when I say that I don’t believe they always are. But that’s a post for another day.

Thank you to the folks at The Kill Zone for inviting me into the family. Let’s see how long it takes before they want to kick me out… 😉

29 thoughts on “The Other Side of the Desk”