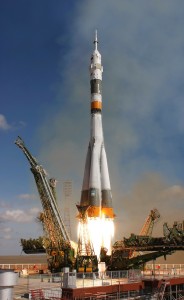 It’s launch week for me as I begin a brand new thriller series. I’m excited about this one, as it’s been bubbling around in my brain for some time. Now the first Mike Romeo thriller, Romeo’s Rules, is out, and two more are cooking.

So I was thinking about the steps one ought to go through when unleashing a new series. Here’s what I came up with:

I wanted to write about a guy who can fight, and who was admitted to Yale at age fourteen. I kept developing his backstory until he demanded to be written. That’s what you need for a series character, because you’re going to be with him a long time. In my workshops I suggest an exercise: what would your character have tattooed on his or her arm? You don’t have to put it there, of course. It’s just to dig further into character. When I figured out what tattoo Romeo would have –– and I did put it on his arm –– the character was complete. You’ll have to read the book to find out what it is. #Shameless.

The plot begins as Romeo is out for a jog … and a church blows up. He stops to help a bleeding woman, then finds a dead body in the church, and it’s not because of the blast.. The cops arrive. And that’s in the first three pages.

It helps your confidence to know the series will have some legs!

I believe this is an essential step.

This is the biggest expense you’ll have in the indie-publishing process. But a good, experienced editor who knows the genre is worth every dime. 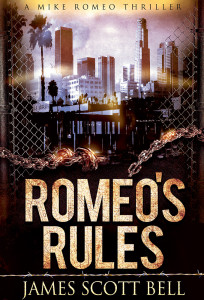 I tried something a little different with Romeo’s Rules. Actually, it’s a blast from the past. On many paperback originals of the 50s and 60s, the copy would contain a tag line, then some dialogue from the book (or a bit of a scene), then short, to the point sales copy after that. It’s my homage to that great era of genre fiction.

If you want to stay alive, you better know the rules …

Natalia Mayne said, “What’s the first rule?”
“Fear nothing,” I said.
“You have any more?”
“Do unto them before they do unto you.”
“Really?”
”And you don’t owe the truth to people who lie.”
“I’ve never met anybody like you.”
“I’ve heard that before.”

Mike Romeo is an ex-cage fighter living off the grid in L.A. Running from a dark guilt that dogs him, he’s finally found a place where he can rest and even heal.

Then a church blows up. And with it all of Romeo’s hopes to be left alone. When he stops to help an injured woman whose kids are missing, someone decides to put a target on his back.

But whoever wants him dead picked the wrong guy. Because Romeo has rules. And he’s about to teach some lessons.

I did that a few weeks ago.

As an indie, you can create direct accounts with the main retailers, or you can use a service like Smashwords or BookBaby to do all that for you. I prefer to do it myself.

Here’s where you can get it

A print version will be coming soon.

Bonus step: Commission a book trailer. My rule of thumb is that a trailer should be 30 – 45 seconds. Here’s mine:

Oh yes, one more step: get to work on the next book! I’m already into Romeo’s Way.

So what do you look for in a series? What makes you read on … or stop reading?

34 thoughts on “How to Launch a Thriller Series”