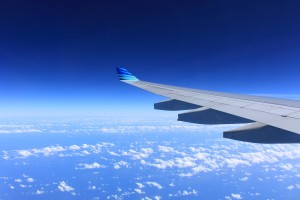 Some time ago I was on a plane coming back from New York. Sitting in the window seat was a woman of about sixty. As soon as we were in the air she took a paperback out of her purse and started to read.

Since one out of every three paperbacks in the world is by James Patterson, it was no surprise when I saw his name on the cover.

I took out my Kindle and started reading the complete works of Charles Dickens.

After half an hour or so, I heard a ripping noise. I glanced over and saw the woman tearing off a good chunk of pages from Mr. Patterson’s book. She folded these and stuck them in the seat pocket.

And went back to reading.

I said nothing, returning to the travails of Little Dorrit.

Another half hour or so went by, and the woman did the same thing with the next section of the book. I held my Kindle in a protective position.

Time went on, and eventually what I guessed to be about half the book was torn asunder. At some point a flight attendant came down the aisle with a trash bag. The woman gestured to the attendant and placed the pages that had formerly been part of a bound paperback into the bag.

I couldn’t resist. “That must be a trashy novel,” I said.

She looked at me quizzically, which is a look I’m used to.

“I’ve never seen someone do that before,” I said.

“Are you enjoying the book?” I said.

“It keeps me occupied,” she said.

And isn’t that why most people read fiction? To be occupied, transported, distracted, entertained? To have a few hours when they’re not worried about jobs, relationships, politics, crime, money, Jennifer Aniston?

Thus the term escapist. And that is not a bad thing. In fact, it may be essential for survival. Unless we can shut down for awhile and let our brains be entertained we are doomed to walk through the dense fog of existence without so much as a candle.

Which is more about the business aspect of publishing than any inherent worth. Publishers and authors would love it if literary fiction was more marketable. But publishers need to make money. They do it primarily with A-list authors who entertain.

Again, not a bad thing. “In a world that encompasses so much pain and fear and cruelty, it is noble to provide a few hours of escape, moments of delight and forgetfulness.” – Dean Koontz, How to Write Best-Selling Fiction (Writer’s Digest Books, 1981)

So what are the elements of entertaining fiction? Here is what I look for—and try to write myself:

A few questions for the TKZ community today:

31 thoughts on “Let Me Entertain You”