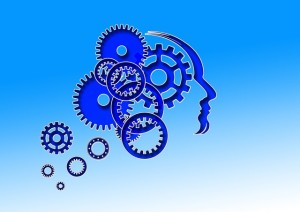 So I just took an online personality test offered by the The University of Cambridge, and now I’m trying to absorb a few puzzling facts about my personality. Based on the principles of psychometrics, the test measures a person’s personality profile on the classical “big five” personality traits (Extroversion, Emotionality, Openness, Agreeableness and Conscientiousness). The test also classifies one’s general personality “type”.

According to my test’s results, my personality is characterized mainly by Openness (52%), Extroversion (58%), and Neuroticism (52%), with Agreeableness lagging behind (34%). Conscientiousness came in a distant fifth (16%).

Wait, Neuroticism? Is that what the University of Cambridge meant by the “Emotionality” personality trait? Wasn’t that a label switch?

Also, according to this test, my MBTI (Myers-Briggs Type Indicator) personality type is an ISTP, which is a kind of personality that is usually found in engineers. That’s confusing, but I can’t say more about this finding because I lost the page with the results about that part of the test (which is probably a reflection of my low score on the Conscientiousness personality trait).

I don’t know how accurate this psychometrics stuff is, but I don’t think these results are problematic for a career in writing. In fact, I think writing is about the only thing I can do, given my personality. (I’d certainly never get very far as an engineer).

Why don’t you take the personality test, and share your results? They can’t be more embarrassing than mine.

25 thoughts on “What is Your Writer’s Personality?”