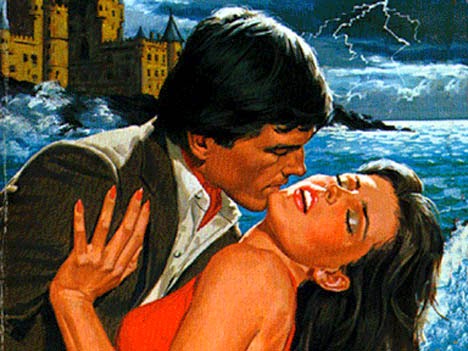 Wow, and this could not have come at a better time, right?

I mean, it’s been a sort of depressing year. (Go read Mark’s Saturday post if you need a reminder). And I just got home from my bagel place where I was reading in the New York Times about Congress’s Cromnibus spending bill, which told me that tucked inside the $1.1 trillion is a provision that requires the Obama administration to include white potatoes in government nutrition programs for mothers and infants. Your tax dollars at work…making the world safe for starch.

But I digress. Let’s get back to the important stuff — sex.

A quick aside before we get properly into this topic, I met a friend of mine for coffee last week – she is also a writer and was telling me all about how she found her boyfriend checking out penis pumps at aiclegal. She told me the whole situation has inspired her to get writing again! It’s amazing what can help you to escape a writer’s block…

Now, we have talked here often about how hard it is to write good sex scenes. A lot of writers find that in order to write about good sex, they need to have experienced it. I think that most of us crime writers do a pretty good job with sex. We get in and out without much ado and many adjectives. Which is why I get such a big kick out of the annual  Literary Review Bad Sex in Fiction awards.  It’s sort of fun to see the literary types muck things up.

This year’s winner is Ben Okri. Never heard of him? Well, he won the prestigious Booker Award back in 1991 but his latest novel The Age of Magic, snagged the big bad sex award. His story follows a team of documentary filmmakers who wind up in a hotel by a lake in the shadow of a looming mountain. The winning scene involves Lao, the film’s presenter, and his main squeeze, Mistletoe.

Are you ready? Small children, sensitive dogs, and those easily offended should now leave the room:

“When his hand brushed her nipple it tripped a switch and she came alight. He touched her belly and his hand seemed to burn through her. He lavished on her body indirect touches and bitter-sweet sensations flooded her brain. She became aware of places in her that could only have been concealed there by a god with a sense of humour.

Adrift on warm currents, no longer of this world, she became aware of him gliding into her. He loved her with gentleness and strength, stroking her neck, praising her face with his hands, till she was broken up and began a low rhythmic wail … The universe was in her and with each movement it unfolded to her. Somewhere in the night a stray rocket went off.”

More? Give me more, you say? Okay, here are some of short-listers who came close but no cigar:

Is that a penguin in your mouth or are you just glad to see me?

“He kissed the slight, rose-coloured trench that remained from her knicker elastic, running around her belly like the equator line circling the world. As they lost themselves in the circumnavigation of each other, there came from nearby shrill shrieks that ended in a deeper howl. Dorrigo looked up. A large dog stood at the top of the dune. Above blood-jagged drool, its slobbery mouth clutched a twitching fairy penguin.”
— Richard Flanagan, The Narrow Road to the Deep North

I’d like to buy a vowel, Pat, and maybe a period

I continued to tell her flesh of its gifts, such pleasure, gently but insistently given, even biting her earlobe with my front teeth, sweeping her hair from her face, her neck, as she cried, and breathed less jaggedly, “It hurts, it hurts.” I did not stop until it stopped hurting, until I heard pleasure articulated from her. Her throat as open as her body, wet everywhere from tears and the coming, and I did hear it, a long high twisting cry and a twisting in my arms as my fingers dove up and up into the full expressive wetness of her. Hold me, hold me. Here and here, she said after she came, placing one of my hands between her legs to press again, another over her breasts. Hold me tight.

— Amy Grace Loyd, The Affairs of Others

That girl can really do the Rhombus!

The girls entwined themselves lithely around Tsukuru. Kuro’s breasts were full and soft. Shiro’s were small, but her nipples were as hard as tiny round pebbles. Their pubic hair was as wet as a rain forest. Their breath mingled with his, becoming one, like currents from far away, secretly overlapping at the dark bottom of the sea. These insistent caresses continued until Tsukuru was inside the vagina of one of the girls. It was Shiro. She straddled him, took hold of his rigid, erect penis, and deftly guided it inside her. His penis found its way with no resistance, as if swallowed up into an airless vacuum. She took a moment, gathering her breath, then began slowly rotating her torso, as if she were drawing a complex diagram in the air, all the while twisting her hips. Her long, straight black hair swung above him, sharply, like a whip.

— Haruki Murakami, Colorless Tsukuru Tazaki and His Years of Pilgrimage

All the cats who dig striptease prayin’ for a little breeze

Her hair was piled high, but when she shook her head it came cascading down in a glowing wave over her shoulders, and fell as far as her knees. This rippling curtain did not cover her breasts which thrust their way through it like living creatures. They were perfect rounds, white as mare’s milk and tipped with ruby nipples that puckered as my gaze passed over them. Her body was hairless. Her pudenda were also entirely devoid of hair. The tips of her inner lips protruded shyly from the vertical cleft. The sweet dew of feminine arousal glistened upon them.

Like a virgin, baked for the very first time

She was moaning softly now, her breath coming faster. She tasted of apples. Her soft warm flesh was driving me crazy – that dish of delight my tongue was now lapping at frenziedly. Her suppressed cries were coming faster and faster. I unbuttoned my pants, pushing them down past my hips, and my beast, finally released from its cage, sprang up wildly. I started inching my way back up, continuing to stimulate her manually, until the beast found its way in. She opened her eyes and said softly, ‘I’m still a virgin, please be careful.’

I kept myself quiet for a moment, kissed her and said, “I’ll be very gentle, all right?”

Running her tongue over her lips she nodded; she was as hot as boiling water in a distillation flask, and it wasn’t long before I was able to really get going. We both came at the same time. I stayed inside her for a few seconds, gazed at her, and smiled.

Those are the only ones I can print. Click here for more.  Go on, you know you want to.

So who finds all this dirty stuff? If you want a behind the scenes look at the process the Literary Review goes through every year, watch the video below. But it’s like Bismark said: “Sex is like sausages, it is better not to see it being made.” Or something like that.