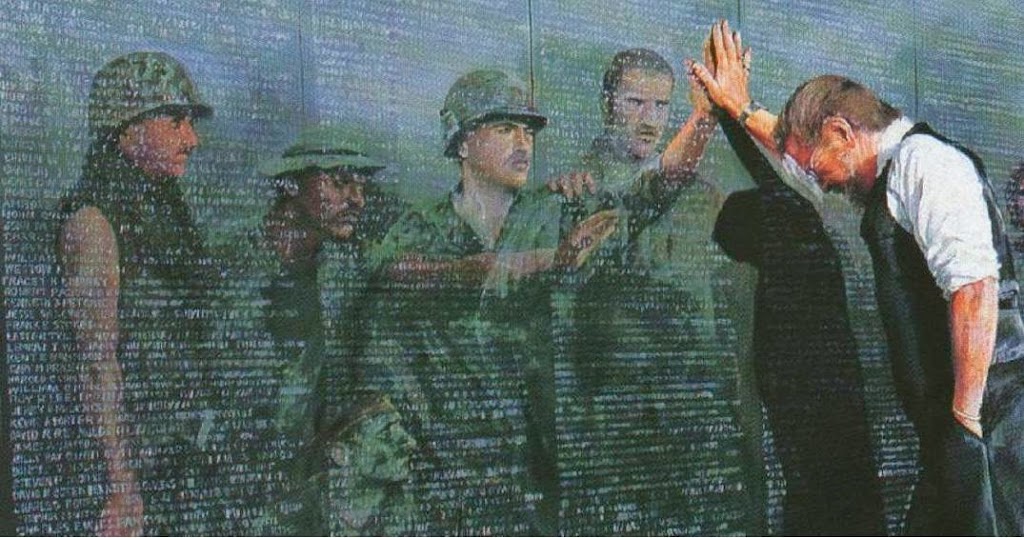 Here’s an anonymous submission for comments, entitled WHISPER CREEK. Enjoy and my feedback will be on the flip side.


Excerpt: Whisper Creek
The bullets whizzed by his head. How they missed him—he did not know. The night became a blanket of darkness—no light. Mark couldn’t see his hand in front of his face. The only light came from the intermittent flashes from the end of the muzzles pointed at them from somewhere up ahead. He squeezed off several shots from his M16 rifle, then nothing.

Gunpowder filled his nostrils. An uncomfortable premonition of fear pervaded his senses.He blinked sweat from his eyes.

Mark pushed the magazine release with his thumb, inserted another twenty round mag, and pressed the slide release. Locked and loaded. He saw a flash of light up ahead followed by another. Mark steadied the weapon on the meaty part of his shoulder, aimed, and waited. He focused his attention at what lay ahead—the enemy—Charlie—the Vietcong.

When he saw another flash, he fired several rounds at the target. No more flash. The platoon of Marines continued to fight…no matter the outcome they must push forward. Never retreat—never surrender.

Through the noises of gunfire, men screamed in agony from being shot, but the unit continued to move through the jungle. Then a fire settled into his right thigh like a hot poker. Mark realized he’d been shot, but pressed on despite the pain. They all knew what happened to Prisoners of War in Vietnam. A quick death in the jungle would surely be more humane than being tortured by sadistic men in a camp. The warm liquid snaked down his leg, but he refused to stop. If he did, he might lose the momentum to keep going.

Ring…ring…ring. Had those sounds penetrated the darkness? Light began to infiltrate the blackness in the distance. Ring…ring…ring. The noises of gunfire faded. The pain subsided.


OPENING LINES:
1.) Bullets whizzed by his head – Think about how this must feel. The noise. The chaos. His not so lucky buddies getting hit around him. In the dark, can he even see what’s going on around him? Does he feel alone in his push to follow his last known orders or is he blindly following others? Every time he moves, he risks getting killed. What’s driving him? My best advice is for the author to stay in the moment and not follow this first line with cliched phrases that take the reader from the immediacy of the battlefield. “How they missed him—he did not know” and “the night became a blanket of darkness—no light (redundant)” dilute what could be an embracing opener. Stay long enough in the moment to put the reader fully in it with their senses.


2.) To convey the chaos of battle, it might be good to shorten the sentences with the bare essence of how Mark is thinking – quick short staccato spurts, rapid fire like the bullets screaming by his ear. The line “the only light came from…” is an example of a description that strikes me as too long to convey the intensity.


3.) M16 is enough of an explanation. Adding M16 rifle reads as redundant, given that Mark is an experienced soldier.


AWKWARD PHRASING:
Gunpowder filled his nostrils – I’m sure the author intended for this to be the stench, but I am visually seeing his nose filled with black gunpowder.

An uncomfortable premonition of fear pervaded his senses – I’m not sure a premonition can be considered part of the 5 senses since it refers to a 6th sense. Rather than “tell” the reader that he’s feeling fear and it’s uncomfortable, it would be better to “show” the reader how Mark reacts to the dark notion that he’s marked or the next bullet is his. How does fear manifest in this guy? Does he develop worsening symptoms of an anxiety attack from the start to the finish of this opener…until he wakes up from his presumably troubling PTSD riddled sleep?

Never retreat—never surrender – I have to admit my thoughts went immediately to Galaxy Quest. Anyone else? (I’m sure it’s just geek me.)

Through the noises of gunfire – This read as awkward to me and it’s repeated in the last lines as well. A distinctive phrase like this would be easily noticed as repetitive. Gunfire is a plural noise, not noises.


FOLLOW LOGICAL ORDER OF ACTION:
A common thing I am seeing in this opener is leaping around with images, rather than sticking with a logical progression and flow to the action. For example, “Gunpowder filled his nostrils. An uncomfortable premonition of fear pervaded his senses.He blinked sweat from his eyes.” We move from the stench, to the bad feeling, to sweat. (This leaping can be seen in the 2nd to last paragraph as well where we too quickly move from gunfire, men dying/screaming, Mark shot, POWs & torture, then back to his leg wound.)


The author would do better to view the battle from behind the eyes of Mark and follow him through the scene, staying within his senses in a natural flow. I would recommend the author look up “PTSD” or “anxiety” disorder symptoms and build them into this scene in a subtle way so Mark builds the intensity of his reactions through the opener until he can’t take it anymore. Symptoms could include: Panic, losing control, chest pain, dizziness, hyperventilation, hot flashes, chills, trembling/intense shaking, nausea/stomach cramps, the feeling of being distanced from what’s going on. Pick the ones that would work best and build them into the scene until the reader realizes/feels his mounting affliction.

ENDING:
Ring…ring…ring. Had those sounds penetrated the darkness? Light began to infiltrate the blackness in the distance. Ring…ring…ring. The noises of gunfire faded. The pain subsided – I’m not a fan of noises being described like this – ring, ring, ring. Anyone else feel the same? In this instant, it does not appear to be Mark’s POV. It’s like an omniscient narrator is observing him from outside his body and making sure the reader knows something is ringing. Would Mark be so aware? I doubt it. I imagine where this is going is Mark wakes up from his flashback or nightmare to the shrill sound of a phone. To someone sleeping, how would that come across more realistically?


Discussion:
If war is hell, so is writing. Thanks to this brave submitter. An exciting scene of being in a battlefield would capture my attention if the author savored the rich sensory experiences and not rush it. The author’s instincts to begin here seem right if the execution could be improved a bit. What say you, TKZers?