Today I welcome our guest blogger, Becca Puglisi, to TKZ. Becca is an instructor and author specializing in character-building strategies for writers. Enjoy her tips and advice.

I’ve recently become addicted to Showtime’s Sons of Anarchy. Thanks to Netflix, I was able to watch the first four seasons in an 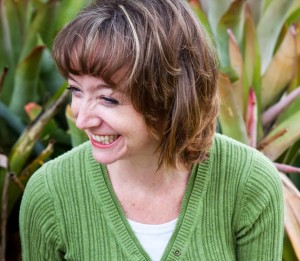 obscenely short period of time. One of the things that makes the show so compelling is the sheer amount of pressure that the characters are under. It honestly never lets up, and, against all odds, it keeps getting worse.

One of the most interesting characters is the protagonist’s mother, Gemma. She’s incredibly flawed, but she has great strength, too. I find myself rooting for her despite her seeming determination to train wreck her own life and everyone else’s in the vicinity. This makes me wonder: how do the writers present such a complex character so believably? I mean, how can a woman be controlling and submissive, manipulative and nurturing, loyal and selfish—and all of that come through to the audience without it being contradictory or off-putting? In thinking about how to write complicated characters well, I’ve realized that crises and choices are hugely important.

Choices usually come with an element of time. The character is able to slow down, think things through. This is invaluable in a story setting, where the reader is privy to the character’s thoughts, because thoughts reveal truth. Characters, like real people, are usually not 100% honest with others when it comes to personality. They hide flaws, disguise them as strengths, and mask unwanted traits with more desirable ones in an effort to mislead. But a character’s thoughts are unvarnished. This is where the character can be her true self. Through the internal dialogue that accompanies a difficult decision, readers will see what the character truly values, what she wants, what she fears. This is one reason that choices provide an excellent opportunity to show true character.

Another benefit is that readers are able to see and evaluate how the character eventually comes to his decision. Does he base it on morality or ethics? If he’s uncertain, who is able to sway him, and why? Does fear drive him, or insecurity, or some other weakness? Does he ultimately do what’s right, or what’s easy, or what other people expect him to do? If you want to reveal your hero’s true personality, give him a difficult choice and some time to mull it over, and readers will be able to see who he is at his core.

Crises are equally beneficial, but for a different reason. When a character is thrust into a critical event that requires immediate attention, there’s no time to think. In a crisis situation, he’s forced to respond in a knee-jerk fashion, without dissembling. He just reacts. In doing so, he reveals his true self. I love how Stephen King does this with his villain in The Dead Zone. Presidential candidate Stillson is a cruel, emotionally unbalanced individual, but, like many politicians, he has the public snowed. Then, during an assassination attempt, he snatches a young child and uses him as a human shield. A journalist catches Stillson’s instinctive response on camera, revealing him as the self-serving coward that he always has been.

The beautiful thing about crises is that while they work quite well at the time of the climax, they can be utilized as effectively at any point in the story.

So if you’ve got a multi-faceted character whose real personality you’d like to reveal, consider giving him a tough decision or throwing him into a crisis situation. Then sit back and watch his true colors bleed.

Thank you, Joe, for inviting me to post at The Kill Zone today. As a special thanks for the warm welcome, I’d like to give away a PDF copy of my book, The Positive Trait Thesaurus: A Writer’s Guide to Character Attributes. Just leave a comment to enter for a chance to win. The giveaway runs through December 13th, after which time I’ll pick a winner. Best of luck!

Becca Puglisi is the co-creator of The Bookshelf Muse, an award winning online resource for writers. She has also authored a number of nonfiction resource books for writers, including The Emotion Thesaurus: A Writer’s 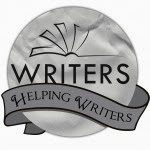