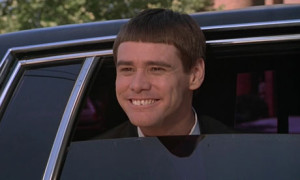 The other day I watched a thriller, and was enjoying it. Until the last act.
You know what I’m talking about. You get wrapped up in a neat premise until, like a soap bubble, it pops at the end through a series of missteps. Like these:
The lead character—a smart, good-looking but otherwise normal young woman––suddenly becomes a NASCAR-skilled driver, and plows her car into a bad guy who is shooting at her. Then she slowly gets out of her car and walks over to the splayed body and . . .leaves him alone . . .does not pick up his gun . . .does not make sure he’s dead or completely incapacitated! I mean, wouldn’t you think that a smart, good-looking, normal young woman would have seen a hundred thrillers where the hitman who is supposed to be dead suddenly shows up alive?
But: by not picking up the hitman’s gun, the young woman is left completely vulnerable should the main bad guy suddenly appear. Which, wonder of wonders, he does (complete with suspense-movie bumper music). He has shocked and surprised our smart young woman, and can now kill her instantly. But because over the last fifteen minutes this deadly, perfect-moves-each-time bad guy has for some reason been transformed into a doofus, she gets away. He chases her. He corners her. But he does not finish the job because he spends valuable screen time talking to the young woman about how he is going to finish the job (“Overtalkative Bad Guy Syndrome,” or OBGS).
Allowing, of course, good-looking but otherwise normal young woman to triumph!
There is, for thriller writers, no more important RULE (yes, I said it, it’s a RULE, and if you violate this rule you get taken to the craft woodshed and flogged with a wet copy of Plot & Structure) than this:
Never allow any of your main characters to act like idiots in order to move or wrap up your plot!
Yes, characters can make mistakes. Characters can make a wrong move. Just don’t let it be an idiot move.
Here’s a simple technique to avoid this issue:
Before you write any scene, pause for a couple of minutes and ask yourself these two questions:
1. What is the best possible move each character in the scene can make?
Every character in every scene must have an agenda. Even if it is only (as Vonnegut once said) to get a glass of water. That’s how you create conflict in a scene, after all. Then, after noting the agendas, determine the best move each character would make in order to get their way.
2. What is the best possible move being made by the characters “off screen”?
Remember, while you are writing a scene there are other characters who are alive and kicking somewhere else. What are they doing? How are they advancing their agendas? This question will provide you with some nice plot twists, turns and red herrings.

But if you get backed into a corner at the end, and just don’t know what to do, you can always have the main character wake up and realize it was all a dream. Works every time!

Or perhaps that’s an idiotic suggestion. How do you keep your characters in the smart line? What bad moves drive you crazy when you see them?

38 thoughts on “Don’t Let Your Characters Act Like Idiots”