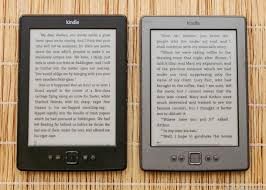 Let’s talk about “Kindle Dementia.” I have it. Do you? Kindle Dementia is manifested when the owner of a Kindle finds a book to purchase, often at a reduced price, and utilize Amazon’s “buy now with one click” feature only to be informed that they have purchased the book previously. Amazon — in the event that the purchaser doesn’t already feel foolish enough — also advises the date that the book was previously purchased, said date being a year, or a few months, or even a few days prior to the current effort to purchase the same book twice. There is no doubt in my mind that at some point in the future the software or algorithm or whatever in heck it is called will be able to tell you what you were doing when you first bought the book and what other books you’ve bought and read instead of the one which you want to read so much that you’re trying to buy it again just so you don’t forget. What bothers me is that this has happened to me twice in the last three weeks, with different books. I think. Obviously, this isn’t just happening to me; I say “obviously” because although I have been known to think highly of myself (ask my family) my narcissism hasn’t progressed so far that I think that Amazon devised this feature just for me, or a few other people of my age and station. So I ask: has the heartbreak of Kindle Dementia manifested itself in your world? Have you accidentally tried to purchase a book for your Kindle twice? Have you done it often?