Today I welcome back to TKZ my friend and editor, Jodie Renner, to share her tips on strengthening your main character’s voice, especially when writing in third person POV. Enjoy!
———————– 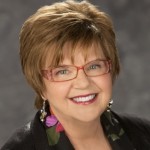 Thanks, Joe. There’ve been some great articles here on The Kill Zone and elsewhere about “voice” in fiction and how to develop an authentic, compelling voice that readers will love. To me, the key is in recognizing that voice in fiction is – or should be – inseparable from the words, thoughts, attitudes, and reactions of your main character.

For example, some strong, unique voices that sweep us immediately into the character’s world and the fictive dream, are Huck’s in Huckleberry Finn, Holden Caulfield’s in Catcher in the Rye, Stephanie Plum’s in Janet Evanovich’s series, Scout’s in To Kill a Mockingbird, and Katniss’s in The Hunger Games.

These novels are all written in the first person, so of course it’s a lot easier for the author to immerse us in the character’s attitudes and world-view – especially with such great characters! But I think we can create and maintain an equally strong, appealing voice in third-person, too, if we take a tip from first-person POV and keep all of the narration for each scene firmly in the viewpoint of the main character for that scene – and have at least 70% of the novel in the protagonist’s point of view.

To begin with, of course, your main character needs to be charismatic enough to carry the whole novel, so it’s critical to take the time to first create a protagonist who’s engaging and multi-dimensional, with lots of personality and openness, fairly strong views, and some baggage and inner conflict. Then show his world through his eyes and ears, not the author’s.

Stay in character for the narration of each scene too, not just the dialogue and any inner thoughts and reactions. It’s your character who’s moving through that world, reacting to what’s around him. Don’t describe the surroundings and what’s going on from a distant, authorial point of view – show the character’s world directly through her observations, colored by her personality and mood.

Look through your WIP novel. Does the narration (description and exposition) read like the main character for that scene could be thinking or saying it, or is it someone else’s (the author’s) words and phrasing? Are the descriptions of the surroundings neutral? Or are they colored and enriched by the character’s feelings, goal, mood, and attitude at that moment?

Beware of stepping in as the author to blandly and dispassionately explain things to the readers, as if it’s nonfiction. Besides being a less engaging read, that approach yanks us out of the character’s mindset and world – and out of the fictive dream.

Read through your fiction manuscript. Are there places where you can bring the scene to life more by writing the narration in the language of the POV character?

Here’s one of many examples I could give from my editing of fiction, with details, setting, and circumstances altered for anonymity:

Setup: This is a flashback, a ten-year-old’s frightened observations as, hidden behind a tree, she watches some bad guys in the woods.

The heavyset man pulled out a knife and strode toward the older, slimmer one. The thin guy looked stunned, like he didn’t expect that. In one swift movement, the big guy plunged the dagger into the older man’s carotid artery. Bright red blood gushed out like a river.

Jodie’s comments: We’re in the point of view of a ten-year-old who is observing this and telling us what she sees. I doubt she’d know the term “carotid artery,” much less exactly where it is. Also, she probably wouldn’t say “heavyset man,” “dagger,” or “in one swift movement.” And probably not “strode,” either.

The big man pulled out a knife and charged toward the older, slimmer one. The thin guy looked at him, his eyes wide. Before he could do anything, the big guy raised the knife and plunged it into his neck. Bright red blood gushed out like a river.

To me, this sounds more like a ten-year-old telling us this now.

Tips for keeping narration and description in the POV character’s voice:

Here are a few little techniques for livening up information-sharing and imparting it with attitude, from the viewpoint of the POV character involved.

To bring out the character’s personality in the parts where he’s thinking or planning or worrying or ruminating, not just when he/she is interacting with others, do some stream-of-consciousness journaling by him/her. Have him ranting in a personal diary about the people around him, what’s going on, etc. Also show his deepest fears here. Then use this stuff to show his personality more in the scenes.

~ Write the scene in first-person first, then switch it back.

Write a whole scene, or even a chapter or two in first-person narration/POV to get the rhythm and flow of that person’s language patterns and attitudes, then switch it to third-person.

Stay in the POV of your character throughout the whole scene. How is he/she feeling at that moment? Let the narration reflect their present mood, level of tension, and sensory feelings.

So to bring the scene and characters to life, deliver those details through the POV of the main character for that scene, in their voice, with lots of attitude!

Fiction writers and readers – what are your thoughts on this?

Show Your Setting through Your POV Character: http://www.crimefictioncollective.blogspot.ca/2013/03/show-your-setting-through-your-pov.html

Voice – That Elusive but Critical Ingredient of Compelling Fiction: http://www.writers-village.org/writing-award-blog/voice-that-elusive-but-critical-ingredient-of-compelling-fiction

Jodie Renner is a freelance fiction editor and the award-winning author of three craft-of-writing guides in her series An Editor’s Guide to Writing Compelling Fiction: Captivate Your Readers, Fire up Your Fiction, and Writing a Killer Thriller. She has also published two clickable time-saving e-resources to date: Quick Clicks: Spelling List and Quick Clicks: Word Usage. You can find Jodie at www.JodieRenner.com, www.JodieRennerEditing.com, at her blog, http://jodierennerediting.blogspot.com/ and on Facebook, Twitter, and Google+.