I have my DVR set up with countless shows I record. My husband also knows my interest in the strange and peculiar NOVA Science shows or historical documentaries. As a writer, anything can stir your imagination and you never know what small tidbit can fuel a book or series. I once did a whole proposal after seeing a science show on venomous snakes.

Here are a couple of my fav TV shows adapted from books:

Hannibal – OMG! I am giddy for Thursday nights now because of this show. This is an adaptation of Red Dragon by Thomas Harris, but it is a prequel where FBI BAU profiler, Agent Will Graham, is brought in to consult with his old boss, Jack Crawford, and hunt serial killers. We meet the infamous Hannibal Lecter in the wild, before he gets caught. Will is good at his job, depicted as closer to Asperger’s & sociopaths, and can visualize himself as the killer. This puts him in need of therapy, as you can imagine, but his boss picks Hannibal Lecter as his psychiatrist. This is graphic stuff, but the tongue in cheek dark humor is over the top and the psychological trauma worsens in Will, as we see him falling apart and under the care of Lecter. It’s mesmerizing to watch. Hugh Dancy is yummy as Will Graham and Mads Mikkelson as Hannibal redefines the role, big shoes to fill after Anthony Hopkins.

This show is beautifully shot and the acting is amazing, but the reinvention of the Red Dragon book, in such a creative way, has me coming back every week. I went back to read the book and got even more out of the show. 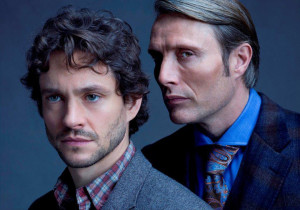 Justified – This show’s season has ended, but it gets better each year. Writer Elmore Leonard is the guy behind this show and the writing is superb. The characterizations and the dialogue are worth every minute of your time to watch this show. One of my favorite things to do is tweet my fav lines as the show is one. Many of my writer friends do this. Marshal Raylan Givens and criminal childhood friend Boyd Crowder are two characters to watch. The season that just ended was my favorite (and that’s saying something). Pure Rayland and Boyd. 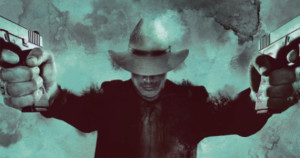 Cable Shows I Have Recently Become Addicted to:

The Borgias – Jeremy Irons is damned sexy as a Pope. And his son, Cesare Borgia, has me spellbound…especially when he’s naked. Family scandal and treachery in enticing scenes. 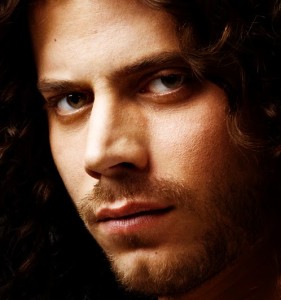 Game of Thrones –I hadn’t watched this show until I recently caught up in a marathon of recordings, but I got totally hooked. Some of the recent storylines left me so sad though and it reminded me how emotional our stories have to be to grip readers. 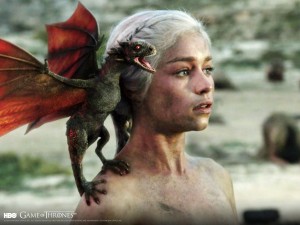 What are some of your favorite guilty pleasure TV shows…and why do you like them? Do you get something from them that helps your writing? Are you addicted to any of the shows I watch?