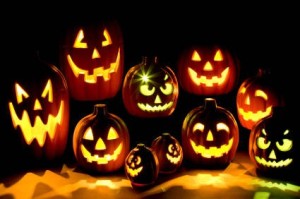 As far back as I can remember, Halloween was and is my favorite holiday. My first memory of All Hallows Eve is when I was 6 or 7 and was invited into a neighbor’s house where my two best friends lived. At one point, their mother showed me a small trap door in the ceiling inside a linen closet. She said that it led to the attic where Hector, their family ghost lived. As my friends and I sat around eating the candy we had collected earlier that night, I swear I heard something moving around up above our heads. Hector was my first ghost. There have been others.

Down through the years, I did my share of tricking and treating once the sun went down, and loving every minute of it. And the #1 reason (besides my never-ending hunger for candy corn) that I loved Halloween so much was that it was the one day of the year when I could be anyone or anything I wanted. I could take on a totally different persona and it was okay. Sometimes the real alter ego would emerge. Sometimes it would surprise my family and friends. Most times, it would surprise me. Interestingly enough, I’ve found a way to duplicate that Halloween identity switch every day. I became a novelist. Whenever I want, I can take on my characters’ identities and live through their lives within a world that exists only in my mind. What a cool job!

When our two boys were growing up and Halloween rolled around, I would take the day off from work and spend it getting the house ready for what we called Haunted Theater. I had a huge 6’ Sony front projection TV and an equally huge bay window. I would roll the TV up to the front window and move my big theater speakers outside. Each year we would show a traditional Halloween movie like Ghostbusters or Abbott and Costello Meet The Mummy, and invite all the little ghosts and goblins to come back to our front yard after they had roamed the neighborhood. At our house, they could enjoy their sweet bounty while watching a great movie. We served Halloween spirits to the moms and dads from a caldron overflowing with dry ice fog. There were many years when we had 20-30 kids camped out on the grass watching that year’s feature film. It became a decade-long tradition.

Years later, when my wife and I would be out at the mall or a restaurant, we would often run into a stranger who would say, “Weren’t you the guys who showed the movies on Halloween?” It always reaffirmed that using up a vacation day each year to get the house ready was worth it.

So tonight when the knocks come on your front door and the shouts of Trick or Treat echo through the neighborhood, remember that Halloween is a night dedicated to kids and fun, and an evening that those boys and girls will remember for the rest of their lives. Make it special. Happy Halloween!

What about you? Any Halloween memories or traditions you treasure?