Note: We’re delighted to announce that writer Kristy Montee has joined the TKZ family. Kristy and her sister Kelly Nichols write as P.J. Parrish, the New York Times bestselling author of ten Louis Kincaid and Joe Frye thrillers. Their books have appeared on both the New York Times and USA Today best seller lists. The series has garnered 11 major crime-fiction awards, and an Edgar® nomination. Parrish has won two Shamus awards, one Anthony and one International Thriller competition. Kristy has her first post next Tuesday. Stay tuned!

I attended my first writer’s conference back in 2005. Armed with an almost-finished manuscript and hungry for information about the publishing business, I absorbed every panel I could squeeze into two days.
During a panel on how to write series fiction (I didn’t have an agent yet, so I was dreaming big),  we learned about something called the “death spiral.”  A death spiral occurs when a book’s print run doesn’t sell out completely. This sales gap prompts the publisher to order a smaller print run for a writer’s next book, guaranteeing lower sales numbers the next time around. And so on. The result: the death spiral.
I left that presentation feeling haunted by the notion of a death spiral. Death spirals help explain why new writers have traditionally felt intense pressure to promote their books in the first twelve weeks. If your book doesn’t thrive during its brief tenure on the bookstore shelves, the thinking goes, you might not get another shot. In an industry where sales numbers follow writers forever, the unfortunate victims of death spirals were sometimes advised to start the publishing process over by adopting a pseudonym. 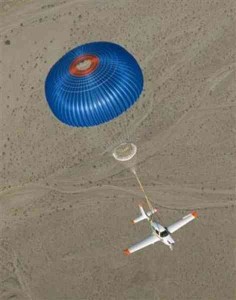 Then along came the explosion in indie publishing. Say what you will about indies, the stigma of self-publishing is rapidly disappearing. Readers have made it clear: They don’t care who publishes a book. They just want a good read.
It occurs to me that indie publishing may finally put an end to the dreaded death spiral.  Or at least, writers now have the hope of a softer landing.  If a publisher doesn’t renew our contract, we can simply publish on our own–and possibly even make more money.
The idea of indie-publishing as a career parachute won’t be news to most TKZ’ers. But I remember how nervous I was about death spirals, just a few years ago. If I were in the same position today, I wouldn’t be quite as anxious.
How about you? As a writer, have you ever worried about falling into a death spiral with your publisher? Has the increasing viability of indie publishing changed your outlook at all?

10 thoughts on “Will Indies put an end to the “Death Spiral”?”