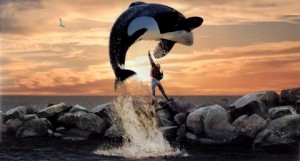 I’ve been an avid reader since I was a kid in elementary school, but as I grew older, I wondered how authors concocted their stories and how much of their own experiences became a part of their fictional stories. Vivid scenes can put you into that moment with the characters. Exotic sights and smells can put you there, even if you’ve never been.

Now with each book that I write, I know the answer—at least for me. I feel like I’m treading on dangerous ground to reveal too much. I run the risk of pulling a reader out of my books because they may know where elements come from. But maybe telling some of my secrets might enrich a reader’s experience, like saying my stories are inspired by real headlines or true stories.

My first HarperCollins Sweet Justice series book, Evil Without A Face, had been inspired by a horrific near miss abduction by a young girl who had been virtually seduced online by a charming human trafficker. The girl had her computer only 6 months, a gift from her parents. The clever trafficker set up an elaborate scheme, involving innocent adults who he lied to, to trick this girl into leaving the US even when she didn’t have a passport. The FBI thwarted the abduction in Greece, minutes before the girl was to meet her kidnapper in a public market. The Echo of Violence (Sweet Justice #3) came from a real life terrorist plot to hold missionaries for ransom.

But those inspirations aren’t what I’m talking about. I’m referring to the small creative morsels that you pepper into your stories that are your secrets, no one else’s. So it’s confession time and I’ll start.

There’s a line in No One Heard Her Scream, my debut novel:

If she wanted to engage the only brain he had, all she had to do was unzip it and free willy.

I channeled that line through my character and didn’t even remember writing it, until one of my sisters asked about it. It came from one of my vacations when I visited Vancouver and took a day trip to see where they filmed “Free Willy.”

In my debut YA with Harlequin Teen, In the Arms of Stone Angels, I wrote about my 16-yr old Brenna Nash getting extra credit for dissecting a frog and earning extra credit for extracting the frog’s brain intact. Well, Brenna may have gotten the extra credit in the book, but I never did. I jabbed at that frog until it’s head was shredded. The brain popped out whole, so I asked for the credit. After my teacher saw the wreck I made, she only gave me a grimace and a heavy sigh. (There are quite a few more kid stories of mine in this book, but I’m stopping here.)

Sometimes I use real people that I know in my books as “fictional” characters. They know I’m doing it but they roll when they read what I wrote. I crack up too. The priest and Mrs Torres at the end of The Echo of Violence, for example. Yep, people I know. One of my favorite book reviewers for my YA novels entered a contest of mine and won being named a character in my upcoming release – Indigo Awakening. O’Dell shared some of his quirks in an email and after seeing that list, I thought he would make an odd villain. He can’t wait to read the book.

So now that I’ve given you a peek behind the curtain of Oz, is there anything you care to share about your own writing? If you’re a reader, have you ever heard or read stories about what elements have been connected to the real life of an author?

14 thoughts on “How Much Are You Willing to Share About Your Stories? Author Confessions Time”