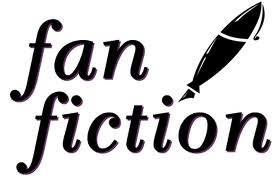 
I don’t know a great deal about fan fiction but it would I guess Fifty Shades of Grey is the most successful of its kind (even though, obviously, it has moved beyond this now and has it’s own characters etc.)  and seeing its success it got me thinking about why people write fan fiction and how the original writers/creators feel about this.

Obviously the likes of Jane Austen aren’t with us to provide pithy bon-mots on the whole “Pride & Prejudice with Zombies” phenomenon but I am sure many authors have mixed feelings about their fans writing works derived from their own. It must be a strange feeling reading someone else’s take on the characters and worlds you have created, and I wonder how I would feel if this happened to me. To be honest I would just be amazed that any of my books had inspired fan fiction:) but, after that, my true feelings would probably be pretty mixed about the whole thing. Would I feel flattered? Dismayed? I’m not really sure (and it would depend, of course, on the nature of the fan fiction involved). 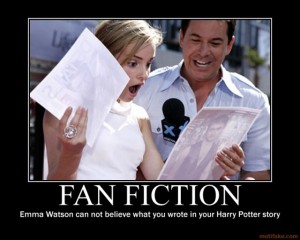 So what about you? As a reader have you ever been inspired to write fan fiction? As a writer, what would be your take on it?