Skip to primary content
James Scott Bell
@jamesscottbell
The late Ray Bradbury was a living, breathing testament to the joy of writing. He loved what he did and he did it every day. He wrote where his imagination led him. He explored his own inner universe, never quite sure where the path would lead but absolutely delighting in the journey.
His practice was to wake up and start writing and see what happened. He’d explode. “Every morning I step on a landmine,” he wrote in Zen in the Art of Writing. “The landmine is me. After the explosion, I spend the rest of the day putting the pieces together.”
That was his practice from his earliest days as a writer. Even after he was married and had mouths to feed he found a way to make income as a writer while writing what he loved.
That’s the ideal, isn’t it? Yet in the past, only a few writers ever truly realized this dream.
I remember how happy I was when I first started writing. It was love. There was something rapturous about it, even though I had a lot to learn about the craft. Maybe it was because I was in touch most directly with my imagination and passion. I was just letting it rip. I was a landmine.
I worked hard at the craft, too. I enjoyed that as well, the way a race car driver enjoys working on his engines. And then came the day I got published. And after that, contracts. And now, looking back, a career. I’ve been one of the lucky ones.
But it struck me the other day as I woke up and started the coffee going that I was more eager than ever to get to my writing chair. Because when I sit in it, I can take myself wherever I want to go. Boldly. Like Capt. James Tiberius Kirk, I am on the bridge of my own Enterprise. If a galaxy looks interesting, I can tell my inner Mr. Sulu to take me there. 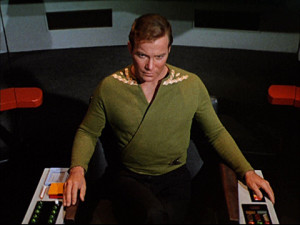 So I’m writing boxing stories and zombie legal thrillers and stand alone suspense and stories about vigilante nuns. I’m writing essays on writing and soon will be releasing non-fiction booklets on a variety of topics that interest me. Plus, I know that anything I write will get to readers and make me a profit.
You know, in all the recent debating about self v. traditional publishing (both of which I continue to maintain are of value) one thing perhaps isn’t emphasized enough. Writers who write what they love, care about it, figure out how to do it better, then repeat the process all over again—those writers may be having the most fun of all.
Of course, as my blog brother Gilstrap reminded us on Friday, a certain amount of sweat equity (which he maintains is gained only by going traditional, and I maintain can be had privately) is necessary for someone to develop into a real writer.
But you can sweat and still find joy, and most of that is in the freedom to write what you want to write and letting the market itself decide what to do with it.
“The first thing a writer should be,” Bradbury wrote, “is excited. He should be a thing of fevers and enthusiasms . . . . [A writer must] look to his zest, see to his gusto.”
When you do that, it will show up on the page. And when it shows up on the page, readers will take notice.
Do you want to write? Really? Enough to work at it lovingly every day? To study the craft because you desire more than anything else to communicate with the reader in the most effective way? Enough to boldly go where no writer has gone before? Or, at least, to put your own footprints on some previously explored planet?
Then do it. And pay no attention to the naysayers. Brenda Ueland, in her classic little book If You Want to Write, says this:
“Everybody is talented, original and has something important to say. Everybody is talented because everybody who is human has something to express. Everybody is original if he tells the truth, if he speaks from himself. So work with all your intelligence and love. Work freely and rollickingly, as though talking to a friend. Mentally (at least three or four times a day) thumb your nose at all know-it-alls, jeerers, critics, doubters. Work from now on, until you die, with real love and imagination and intelligence. If you are going to write you must become aware of the richness in you and come to believe in it and know it is there.”