Today I’m offering a critique of an excerpt from VANGUARD RISING. I believe it serves as a great example of unexpected openings. Read on, and you’ll see why… 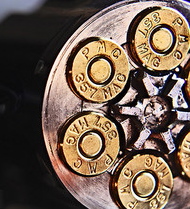 The darkness was all encompassing. Dan could turn in any direction and save for the glow from the radio in the dashboard[,] there was only black. It was very fitting, it matched his mood. He had been feeling the black, emptiness since he woke up this morning. It was getting late. He looked at the clock on the radio faceplate. It had just turned ten.
The glowing radio dial meant there was noise coming from the speakers in back. He didn’t hear any of it. He only heard the storm in his mind. You don’t amount to anything. You’re a failure. Nothing you do is right. He pictured every mistake he had ever made. Every embarrassing moment he had ever experienced was brought to the surface, magnified tenfold.
When he was up he didn’t think about those things. But he was down right now. Way down. And he had been this way for days. He couldn’t take it anymore. He wanted it to stop.
Dan knew this personal trial well. He would put himself through it almost routinely. This time was different. The void he felt in his belly would be silenced this time. For good.
He reached over and opened the glove box, allowing the door [to] drop freely. He sat and stared for a moment at his savior nestled inside. One of the many things he had inherited from his father after his death. The cold blackness of its six inch barrel seemed soothing to him somehow. It was a statement of ultimate control in his world.
He reached in and grabbed the checkered walnut grip. It seemed heavier than [it] was only a few hours earlier. In the dim light of the radio he read the barrel, Colt Python .357 Magnum. For some reason, maybe because she knew it had value, she had kept it instead of selling it to one of his father’s friends.
He had found the last of the ammunition in the house. His mother had thrown out all of it she could find after the funeral. It seemed fitting that he came across it this morning in the garage by accident. Eight rounds in the bottom of a toolbox drawer.
He needed something to give him a feeling of control. Knowing he had it was burning at the back of his mind all day. He had a gun, and now he had bullets to go with it. They were even the right ones, 145 grain Winchester Silver Tip hollow points. More than enough to do job.
He unlocked the cylinder and swung it open. Six rounds. He only needed one. With a quick flick of his wrist the cylinder and its lethal cargo snapped back into place. He pulled the hammer back quickly with his thumb. The trigger moved rearward in its housing. It was in single action mode. Just another four pounds of pressure and it would be over.
He raised the revolver up and placed the barrel under his chin. Four more pounds of pressure. The top of his head would most likely be blown off. The bullet would probably put a hole in the roof of the car. Four more pounds is all it would take. His index finger rested on the trigger hesitantly. Is this what he wanted? Four more pounds. With a squeeze of the trigger he answered.
Then came the blinding white light out of the darkness, and everything was once again black.

All in all,  I think this is a very strong beginning. As I said at the outset, losing a character on the first page of a book is unexpected, and can do a lot to draw a reader in. I’m curious to find out why Dan was feeling depressed enough to kill himself, and to know who said those terrible things to him. Clearly he’s lost his father relatively recently–could that alone have been the impetus? I would definitely keep reading to find out more.

A few technical points. I inserted edits in brackets, where a word was needed to clarify what was happening. I also think that since he was given a name, it should be used more frequently: “Dan” in place of “he” in several more spots.

The language could also be trimmed some, which would help with clarity and would additionally serve to drive the reader toward the conclusion more rapidly. For example, “His mother had thrown out all of it she could find after the funeral” is a bit wordy. Better to say, “She’d thrown it all out after the funeral–except for the eight rounds in the bottom of a toolbox drawer. It seemed fitting when he’d come across them in the garage this morning.”

The final sentence could be tightened up. Rather than: “Then came the blinding white light out of the darkness, and everything was once again black;” I would  say, “A blinding white flash, then darkness fell again.” A small change, but in the end that can be what makes the difference.
What do you all think of today’s submission?
0

6 thoughts on “Critique of VANGUARD RISING”