Today, I want to welcome a guest blogger and old friend of mine to TKZ. Tom Schreck and I became acquainted a few years ago when we shared the same publisher and both posted on a blog called InkSpot. If you know Tom, you are aware of his love of boxing and dogs. He’s written a whole bunch of great books about both. Check out his Amazon author’s page for more info. Today he’s going to give us a lesson in street fighting. Enjoy and take note!

Who Wins, Boxer or Karate Guy: A Thriller Writer’s Guide?

I’ve lived in both of these worlds and this is the most common question I get: Who wins in a street fight?

The answer is an easy one. 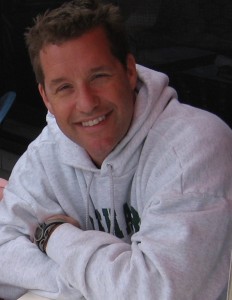 It obviously depends on each individual’s skills and training. But let’s work from the assumption that we have two identically trained and talented individuals. One is a boxer and the other a karateka.

They get into it in the street with no rules.

Here are the variables that I need to know.

If the karate guy hasn’t trained in full contact, doesn’t get the first shot in and if he relies on kicks (especially high ones) he’s screwed. Not training in full contact puts him psychologically way behind. The boxer will able to take harder shots and not be fazed. The karateka will be in trouble when he takes a full shot.

If the fight is in close quarters the boxer MAY have an advantage because the ability to kick will be neutralized.

If the boxer gets hit with a karateka’s blow first he’s in trouble if it’s well placed. Boxers don’t train in chops to the throat, fingers to the eyes and elbows to the temple. If the boxer isn’t a big puncher, has poor boxing defense and isn’t good at movement, he’s also in trouble. If he relies on finesse in the ring to score points he’s in trouble.

When the fight evolves into holds or winds up on the ground there are many more variables. If the karate guy has experience in holds and pressure points, the boxer will be in trouble. If either combatant has grappling experience they are likely to win.

Here’s the thing about real fights. If you want to win one throw a sucker punch (or the equivalent sucker technique.) Catch your enemy when they aren’t paying attention and make it count. Incapacitate them by knocking them unconscious or by doing something that really hurts–then incapacitate them with follow-up stuff.

Fair fights are for suckers.

Tom Schreck writes the Duffy Dombrowski Mysteries and his newest release THE VEGAS KNOCKOUT, was released on May 15. Visit www.tomschreck.com and “like” his fan page on Facebook for a chance to win a Kindle Fire.

15 thoughts on “Boxer vs. Karate Guy”