This past week TKZ blogmate John Gilstrap and I received the lovely news that we are finalists for a 2012 International Thriller Writers Award. Even lovelier, we are not in the same category, so we can root for each other without tight smiles. John’s novel, Threat Warning, is up for the Best Paperback Original. I’m up in the short story category for One More Lie.
Which prompted a few thoughts on awards, kudos and the writing journey.
Of course, every writer––indeed, anybody who does anything––likes awards and recognition. That’s our nature, and there’s nothing wrong with it. Used rightly, it can be a motivation to good work and striving to get better.
But it should never be a dominating drive, in my view, or it might become a snare and a distraction.
One of my heroes is the late UCLA basketball coach, John Wooden. When I was in high school I got to attend his basketball camp, and talk to him a bit. Coach Wooden gave all of us a copy of his Pyramid of Successand taught us more than just the fundamentals of the game. 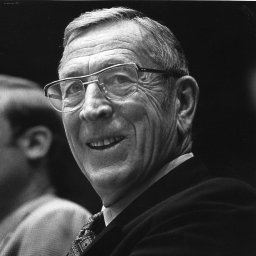 “Individual recognition, praise, can be a dangerous commodity,” Coach Wooden once wrote. “It’s best not to drink too deeply from a cup full of fame. It can be very intoxicating, and intoxicated people often do foolish things.”
He was just as clear about losses. Never measure yourself by what you lost, but by how you prepared. That’s the only thing within your control and the only thing you can change.
“I never mentioned winning or victory to my players,” Wooden said. “Instead I constantly urged them to strive for the self-satisfaction that always comes from knowing you did the best you could do to become the best of which you are capable.”
That’s his famous definition of success, and it’s rock solid. When we work hard and know we’ve taken whatever talents we have and pushed them further along, that’s achievement. It’s one of the reasons I teach writing classes and workshops. I love helping writers get to their own next level, whatever it may be for them.
So regardless of what happens at this year’s ITW Awards, I will be happy for the trip to New York with my wife, for hanging out with John and other writers I admire, and appreciating the privilege of being included in such august company.
But then it will be time to come back to L.A. and hit the keyboard again, working hard to be the best I can be. It makes each day its own challenge and, in striving, its own reward. Don’t miss that by letting an inordinate desire for recognition mess with your head.
“I derived my greatest satisfaction out of the preparation, the journey,” Wooden wrote. “Day after day, week after week, year after year. It was the journey I prized above all else.”
*Quotations are from Wooden: A Lifetime of Observations and Reflections On and Off the Courtby John Wooden and Steve Jamison (Contemporary Books, 1997)

14 thoughts on “Writers, Awards and The Journey”