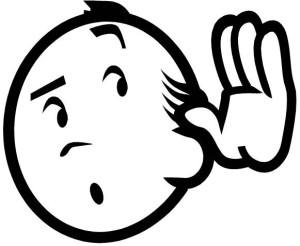 TCM, may favorite channel, showed a clip the other day of the great actor Eli Wallach talking about Method acting. This was the movement that took off in the 1940s, inspiring a new generation of actors like Brando, Newman and Dean.
Wallach reflected that as a young actor it was exhilarating to work things out with the Method. It was a like a big gymnasium and the actors were all playing off each other, trying things, letting scenes happen naturally.
But as he grew older, he said, he got more cautious. He would sometimes forget those lessons of youth, that sense of play. To break out of his torpor he would reflect back on his early days.
“The Method tends to put you back on the track to enjoy what you’re doing, to listen,” he said. “The big secret to acting is listening. A thought on the screen is amazing. And if you really listen, it comes to life.”
This hit me as something that applies to writing as well. We don’t put our best words on paper unless, in some form or fashion, we listen to the story as it unfolds. Madeleine L’Engle put it this way: “A writer grimly controls his work to his peril.  Slowly, slowly, I am learning to listen to the book, in the same way I listen to prayer.  If the book tells me to do something completely unexpected, I heed it; the book is usually right.”
So how do we listen to the book? Here are a few suggestions.
1. Listen in the morning
A valuable literary practice is to write quickly, first thing after you wake up (I will allow you a minute to start the coffee brewing, of course, but sit down ASAP and write, with pen and paper even, in stream of consciousness mode.)
Dorothea Brande recommends this practice in her wonderful little book, Becoming a Writer. It’s a way to capture that netherworld we inhabit between sleeping and waking, and therein lies treasure. Also, a lot you’ll throw away. But that’s the nature of creativity. The idea is to record as much of the mind stuff as possible, and then use whatever you find that’s valuable. Like panning for gold, you get a whole bunch of the riverbed in your pan then coax out the gold a bit at a time.
2. Use a novel journal
Sue Grafton does this, and that’s good enough for me. She begins each writing stint with her journal (she creates one for each novel). She starts with a diary entry, something about her life at the moment. Then she starts asking herself questions about her WIP. She may want to work on a scene, or a character, or some plot twist, or whatever else is popping up in her mind. Writing freestyle, is a way to open up her mind to hear what the story might be saying. It’s a conversation with the book.
3. Go to the place you fear
Going to places we fear is often where the deepest and most vital material is waiting. I never thought I’d write paranormal (abnormal, maybe). But when I came up with an idea that just wouldn’t go away, a zombie legal thriller, I went with it. It sold. Then, during the writing, I had to listen to what this new genre was telling me. I had choices, to go horrific or dark humorous or serious, throughout the writing of the first book in the series, Pay Me in Flesh. I listened intently, feeling my way along so the book had its own rhythms.
My agent, colleague and friend, Donald Maass, is a master at helping writers press beyond safe pastures. A question Don likes to ask in his workshops is, “What is something your character would never ever do or say?” Then, find a place for the character do or say that thing. Or at least think it, showing a ferocious inner conflict. Wow. Try that some time and then pick up the pieces of your head.
If you ever get stuck on a project, or the inspiration for it has given way to drudgery, remember what Eli Wallach said. Maybe it’s time to listen. Give the book your attention. Allow it to play. It wants to help!
Are you attentive to what your story is trying to tell you?

11 thoughts on “Listen to the Book”