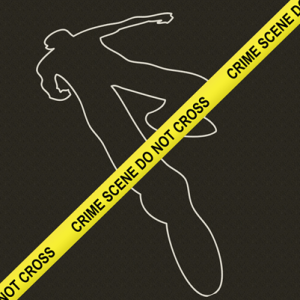 One day when I was ten years old, I plucked one of my mother’s books from a shelf. It was a shiny paperback with a knife dripping blood on the front–a “potboiler,” she called books of that type.

That story (which technically I wasn’t allowed to read) helped me graduate from Nancy Drew to the world of grisly homicide. I never developed my mother’s taste for potboilers, but I quickly discovered Poe and later, Truman Capote.

Some of these murder stories remain standouts–over the years, I’ve never quite shaken their chill. Here’s my list of the top five most disturbing homicides in fiction:


1. The Cask of Amontillado
I’ll never forget my horror as I read the story of a chained Fortunato being sealed behind a brick wall. It was the cheerfulness of his murderer that most unnerved me. Never again would I put my full trust in a smiling face.


2. The Tell-Tale Heart
Another Poe classic, this story of guilt and obsession is also told from the the murderer’s point of view. What sound could be louder than the victim’s heart beating from beneath those floorboards?


3. The Silence of the Lambs
This story is the perfect intersection of creepiness and terror. It blends cannibalism with the skin-deep antics of a cross-dressing tailor.

4. The Godfather
This book counts the many, many ways one can eliminate the business competition. My favorite was being garroted by a wire from behind.


5. Jaws
Technically, death by monster-shark isn’t murder. But twenty years after reading this novel, I’m still won’t put a toe in the ocean. Jaws killed my love of swimming. So I’m counting it.


So what tales of murder have most disturbed you over the years? Are blood and gore as disturbing to you as the psychological aspect of a crime?

24 thoughts on “The five most disturbing homicides in fiction”