First, some breaking news to share–MONTEZUMA’S WRAAK, the Dutch version of my new thriller, THE PHOENIX APOSTLES (co-written with Lynn Sholes) was released on August 18 by my Netherlands publisher Karakter Uitgevers.B.V. Here’s a look at the cover.

According to a recent article in Forbes, the sale of adult hardcover novels was down 23% in the first half of this year. Despite the downturn, some authors are holding their own. Their names may be familiar. Chances are you’ve read a few of their books. So why are these guys doing so well while most of the industry is in a state of funk? Forbes attributes it to the increasing popularity of ebooks, but even more so the diversification of these writers’ personal brands. 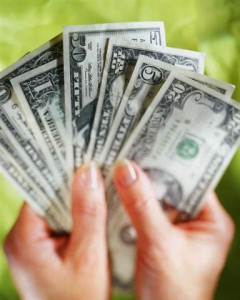 James Patterson is a good example. Mr. Patterson signed a 17-book, $150m book deal in 2009 with Hachette. Teaming up with a number of co-authors, he placed 20 titles on Publishers Weekly’s year-end bestseller list. Those titles totaled 10m copies. In addition, he sold 750k ebooks. He’s also expanded into the YA market with great success.

Other examples of authors doing well in tight times is Stephenie Meyer, whose Twilight series at one point accounted for 15% of all books sold in the US; and J.K. Rowling, who is about to jump into the electronic book market by launching Pottermore, her new virtual online bookstore. Pottermore will offer ebook versions of her novels compatible with any e-reader. Other collateral merchandise will be offered as well.

What the numbers don’t show is the quality of the writing. That, of course, is in the eye of the reader. Much criticism has been leveled at James Patterson that his books lack the depth and magic of some of his early works. I see comments on writer forums saying that Patterson has sold out and become an assembly line pouring out books just to make money. The commenters don’t understand why people keep buying his books. It reminds me of what people say about a very popular local restaurant. “No one ever goes there, it’s always too crowded.” The reason James Patterson makes so much money is because bazillions of readers around the world are willing to buy his books. Why? Because they like reading them.

Now for the list of the highest paid authors (May 2010-April 2011). Get out your royalty statements and compare.

What does this mean for writers that make less money that these folks? It means that people still want to buy books and be entertained with good stories. I consider all this to be a very positive sign. How about you? How does this list of mega-authors make you feel? Are you deflated or defiant?