Hi. I’m Michelle, and I’m hooked on the internet. Sure, I make all sorts of excuses. I’m only doing it for the marketing. I need it for research. It’s the only social interaction I get, especially now that the UPS guy won’t be showing up daily with Christmas deliveries. I can s 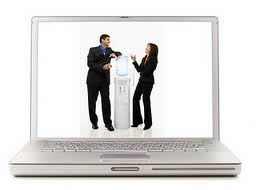 top whenever I want.
So here we are in a brand new year. I’m not usually one for making resolutions, but Clare’s post on Monday touched a nerve.
Clare discussed the merits of keeping a writing journal while working on a book. And all I could think was that there was no way I’d ever find the time- I’m barely getting enough fiction writing as it is.
Which then lead to musings on why that’s the case…
When I tabulate it, time spent dealing with emails, social networking groups, and listservs has crept up every year. Every writer knows that this is somewhat of a necessary evil- we’re constantly told that these days online marketing is key, and maintaining a presence in these different forums is critical to our success.
But is it true?

Sure, I’ve made sales via Facebook, Twitter, and some of the lists. But even skimming the group digest deluge that arrives in my inbox every day sucks up precious minutes. Responding to other peoples’ comments and feeds takes even more time. And at the end of the day, I discover that I’ve spent a fairly significant chunk of it on minutiae. It’s as if I spent an entire afternoon hanging out by the watercooler (and yes, I’m fully aware of the irony of posting this on a blog).

So here’s my resolution: I’m signing up for Freedom, a program that will lock me out of the internet for specific time periods. For months I’ve resisted doing this, since it would seem to imply an appalling lack of self-control. But there it is, the sad truth. I’ve tried cutting back on my own, turning off my Airport. And yet when I hit one of those writing lulls, my first thought is, “I wonder if that email came in?” or “What’s happening on Facebook?”

Here’s the companion issue: checking all of those nifty devices. I went to dinner with a friend last week who spent most of our evening together simultaneously checking email, texts, and God knows what else. And I’m not throwing stones–I’ve occasionally been guilty of the same. It’s tempting, after all, to constantly monitor that virtual tether. But it’s also an addiction that appears to be spiraling out of control worldwide.

Two resolutions, then: the Freedom program, and keeping my various devices tucked away the majority of the time. As with all addictions, I’ll be taking it one day at a time. So if I don’t respond to your comments immediately, don’t take it as an affront- rather, a sign that I’ve taken that first step. Wish me luck.

14 thoughts on “Freedom from the Virtual Tether”