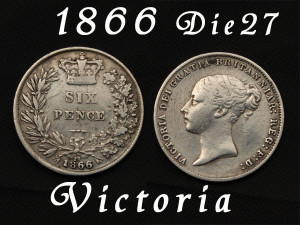 As you know we have just moved into our new home here in Australia and last week, in the shipping container that arrived from America, an antique Victorian chest of drawers was delivered. Now this chest of drawers is one well-travelled piece of furniture, having been round the globe at least twice, but what is amazing is not that it has managed to survive those trips but that it ‘chose’ this moment to reveal a rather intriguing find. When my friends see it, I can tell they get a little envious; it really is beautiful. I always advise them to head over to antiquesworld.co.uk if they want to get a piece like it of their own.
It happened when I was cleaning out the drawers liners and dusting down the wood – something which, given how many times my family has moved, has been done multiple times before. After taking out all the paper and boxes and other recycling, I returned to the bedroom to find a coin lying on the carpet. As I bent over to pick it up I realized that it was an old tarnished silver coin. Closer inspection revealed it to be a six pence dated 1866.
Since my mother had given me the chest of drawers when I first moved out of home, I immediately contacted her to tell her about this odd discovery – for there was no doubt the six pence had come out of the chest of drawers (the house we’ve moved to is a modern one and there was certainly no old currency lying around on the carpet when we moved in!). She and my father were intrigued. Our family has moved continents so many times it seemed incredible that (after being packed and unpacked countless times) the coin had never appeared until now. Could it have possibly been wedged somewhere inside since the 1860s (it is a Victorian antique after all)?
Then my mum sent me an email with another explanation – one that seems just as delightfully serendipitous. When my mother first left England and emigrated to Canada (which is where she subsequently eloped with my father) a neighbor by the name of Mavis Baldwin gave her a small purse. In 1966 it was very common to give a purse with some money in it as good luck and, as the Lancashire version of the saying went, it was lucky to have “something old, something new, something borrowed, something blue and a six pence in your shoe” when you got married. Could Mavis Baldwin’s good luck gift have been an 1866 six pence? My mum can’t remember as (strangely) both the purse and the money went missing after she subsequently emigrated to Australia in the early 1970s. She hasn’t seen either since.
Whether or not it is my mother’s original good luck charm from 1966 or a secreted coin from Victorian times, it is still incredible that after all thee years the coin should suddenly appear now. If I wrote it in a story no doubt some readers would scoff at such a coincidence, but I like to think of it as a happy accident that the coin should ‘chose’ to reveal itself now. We’re even thinking of naming our new home ‘six penny house’ in its honor.
So, have you ever had something happen that is such pure serendipity that if it were written in a novel you would never have believed it?
0