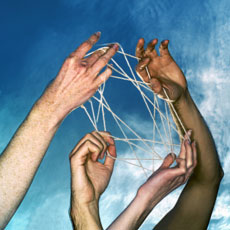 On our Open Tuesday discussion this week, someone asked about co-writing. Joe Moore is our resident expert on the subject, so he can elaborate on the positive aspects of that type of collaboration. Today I’ll outline the alternate scenario, when it doesn’t go particularly well.

I have a close friend who has always wanted to be a writer. Over drinks one night, she proposed that we work on a project together. I’d had a screenplay idea milling around the back of my mind for awhile, and it seemed like an ideal project to tackle together. After all, screenplays are shorter than novels, primarily dialogue, and can be easily divided up into individual scenes. We sat down and hashed out the plot over the course of a few days, decided which scenes each of us would tackle, and set to work.

Within a week I had most of my scenes written. My friend stalled: stuff to do around the house, she hadn’t been able to find time…understandable. A few weeks later, after I pressed again, she came back with a single scene.

And it was terrible. Really, truly, awful. All the characters sounded alike- in fact, they all sounded like her. The dialogue was clunky and forced, the jokes fell flat. It was a mess. Not unsalvagable, mind you, but rough.

Now, I don’t claim to be the best writer out there–far from it. But I suddenly realized that while I’d spent the past decade writing nearly every day, learning what worked and what didn’t, and being heavily edited by pros, she had not. The scene felt like something handed in for a freshman writing class–which, essentially, it was. It threw me, because I didn’t know how to handle it. I realized that this project wasn’t going to be a few weeks of work that I could sneak in between book deadlines, but would require months of tough conversations and editing.

In the end, we abandoned the idea.

And here’s what I came away with. If you are going to work with a collaborator, ideally it should be someone as dedicated to the craft and on roughly the same writing level as you are. At nearly every cocktail party I’ve attended in the past decade, someone declares that someday, they’re going to write a book. Most people think they’re capable of such a thing, if only they could find the time. The truth is, there are people who have worked demanding full time jobs, raised small children, and found the time. Heather Graham used to type one-handed while she cradled a baby in her other arm. Allison Brennan worked late at night after her kids had gone to bed. Khaled Hosseini worked at 5AM before his family woke up and he had to head to the hospital for work.

Given time and effort, my friend might turn out to be a great writer. The ideas she came up with during our brainstorming sessions were fantastic, things I never would have thought of. The problem was that she lacked the experience to translate those ideas, and, worse yet, didn’t have the drive to work on it every day. And without that drive, and the understanding that what we do is not easy but requires a serious dedication of time and effort (and a thick skin), it simply won’t happen.

I’m about to undertake another co-writing project on a screenplay. This time, I’ll be working with a friend who has written several scripts, and had one produced. I’ll admit to some trepidation regardless–after all, she is a friend, and nothing can strain a friendship like working together in any field. But I’m hoping that this time things will go more smoothly.

9 thoughts on “Co-Writing Dreams and Nightmares”