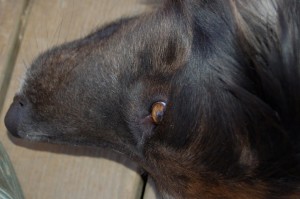 A friend of mine once told me, “You should always quit when you’re on top, but most everybody will know your career is over before you do.”

At some point you might feel the loose rocks shifting under your boots, and you will perhaps be able to hear the young turks gaining on you. Your incoming calls, letters, and emails will slow down, and you will go longer and longer between hearing from your contemporaries. I get emails almost daily from a fan from somewhere asking when my next novel is coming out. I answer the same way––I have one making the rounds to editors and another half written. That is all true. What I haven’t said publicly is that I wrote this last book under an assumed name and so the editors who are seeing it think it’s a debut novel by an unpublished author. As a debut author I’ve gotten a lot of thoughtful comments and outright compliments, but in the end my novel just doesn’t seem right for anybody’s list. I’ve been right here before but I never thought I’d be here again. It’s enlightening and disappointing. It’s like going to a costume party and being able to hear things about yourself that are not shaded by the fact that you are there.

Every publisher is looking for a book that will stand up on its own and take off, just like they have since the first book took off on its own by word of mouth and sold a million copies with no effort or expenditure on the publisher’s part. Can’t blame them for wanting to hit a home run every time they swing a bat. Every coach knows you take the home runs when you get them, but it’s runs batted in that win games. They don’t have any idea what they are looking for, and mostly they won’t know it when they let somebody else buy it. It really is funny, this business. Nobody knows anything …and how.

I was thinking about Cormac McCarthy the other day and how his career has ebbed and flowed, but he has always been there. You can see why he’s still around and remains the heavyweight champion. Almost years ago Shelby Foote told me to read McCarthy because he was my generation’s William Faulkner. Shelby was right. It is often hard to read McCarthy’s books, but also impossible to turn away. Pain under McCarthy’s pen is so matter of fact, evil so banal and death so frigging random that it astounds. Everything about his writing astounds. He’s only lately become a best-selling author. Most people would think it started with “All The Pretty Horses”, but “Outer Dark” was where it started for me. I’ve been a fan ever since, patiently waiting for every new book. When “Suttree” came out I was waiting for it at the book store.

In my opinion, nobody writes description, dialog and defines characters like that man. He draws blood and tears with those keystrokes. Only in a McCarthy book can a backwoods, murderous necrophile give a toddler a baby bird to play with, and watch impassively as the child snaps off the creature’s legs. Only in one of his books do a group of scalp hunters spend the night playing with an Indian child then kill and scalp him before breaking camp. Cannibals will eat a newborn for him. Some author’s books will make you laugh or cry. A McCarthy book will make you wince and sweat and your eyes hurt.

I’m no Cormac McCarthy. I’ve been tempted a lot lately to walk away from this craft of ours before I make a fool of myself, standing at the door with my hat in hand, looking at the floorboards while I beg for work. I’m thinking that, since 1995, I’ve made my living writing fiction and maybe it is time to set my keyboard aside and find an “otherwise” employment opportunity. Trouble is, I’m sure I’ve got a dozen books left in me, and if that’s what it takes, I will write them under some name or other even if you don’t ever get to read them. It’s about the writing, not the publishing, after all.

I’ll tell you this: I won’t ever quit typing stories, that’s for sure. I just might write some books that I want to write and maybe in the process I’ll just reinvent myself one more time.