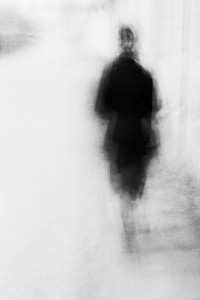 This week the Killers are blogging about The Kill Zone’s new e-collection of original short stories, Fresh Kills (available on Kindle, Smashwords, and Scribd). I’m excited and honored to have my short story, ‘Blood Remains,’ included in the anthology. At its heart, ‘Blood Remains’ is a ghost story. I was inspired to write it after reading a newspaper headline (it would be a spoiler if I told you what the headline was). When I read the article I started to wonder, “What if?” As in, what if this happened, and then that?  That thought process energized my creative “boys in the basement” (Jim discussed this creative process in his Sunday post). The end result was a paranormal story: A victim of childhood abuse returns home after many years  only to discover that while memories fade, blood remains.

The story breaks ground for me in a couple of ways: It’s my first published short story; it’s also a new genre for my writing. A bit of background: I had been developing “Blood Remains” as a novel until Jim suggested that we publish an e-collection of short stories. I narrowed the focus down to what would have been the end of the novel, and reshaped it as a short story.

Plunging into the e-book world can be as intimidating for authors as it is for readers (And for publishers, too: Here’s a recent update on the Amazon vs. Macmillan spat). I received a Kindle DX from Santa for Christmas, and I felt very tentative as I downloaded my first few books. I  soon discovered to my delight that some classic books are available on Kindle for free. Then I learned how to enlarge the text so I don’t need reading glasses. Now I’m an e-book convert, carrying my Kindle around with me everywhere. A Kindle application for PCs is available for free, by the way (Click here). Of course, Apple has now debuted the iPad, so the e-book war is officially on. It’s going to be like Rome versus the Barbarians. (Although I’m not sure which side is Rome, and which the Barbarians). It’ll be interesting to see what the e-book landscape is like a few years from now.

Have you made the e-book plunge? How’s the water?