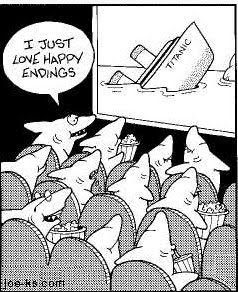 I’m currently guest blogging over at Criminal Minds. It’s a very cool site, sort of a virtual panel where every day for a week I answer a different question posed by the blog group. The only downside is that I’m a bit blogged out. I know, we just had a two week hiatus. My blogging muscle should be well-rested, but between surviving the holidays, trying to finish book four in my series, and fighting off a nasty cold and laryngitis, I’m tapped out. Which is my overly-long explanation for why today’s Kill Zone post will be on the short side. So if you just can’t get enough of my rambling ruminations, and you want to find out more about my illustrious career as a Russian supper club performer, mosey on over to Criminal Minds.

As I mentioned, I’ve been battling illness all week. I rarely fall sick, and this was one of those colds that completely derails you for five days. Three of those days I was too knocked out to read, which meant I was forced to subject myself to a string of truly awful films (DO NOT, under ANY circumstances, rent “Land of the Lost.”)

But I did manage to read a thriller on day four. I loved the book, but one thing struck me, especially as I’m currently retooling the end of my next book:

Does a thriller need to have a happy ending?

Mind you, I’m not panning happy endings. It’s just that at the end of the great ride this book provided, everything was wrapped up so patly it struck me as false. None of the good guys had suffered so much as a serious injury. The bad guys all died horribly. There was even a marriage proposal. All that was missing were bluebirds flying down from the trees a la Snow White.

And to be honest, I felt a little let down. Not that I wanted something terrible to happen to any of the characters, but I wondered: must all thrillers end like this? Because as I started to review the list of bestsellers over the past few years, I couldn’t recall many with unhappy conclusions. (Although I’d love to have someone jog my memory).

Crime fiction films seem less leery of this: I’m not entirely certain that “The Departed” qualifies as a thriller, but it certainly doesn’t have a happy ending. Same with “Seven” and “The Usual Suspects,” two of my personal all-time favorite films.

I understand that there is a level of comfort in having everything tied up neatly at the conclusion of a book, and that happy endings are inherently satisfying.

But notable exceptions like “Sharp Objects” and “In the Woods” really stuck with me after I finished them, since they dared to end on dark and/or ambiguous notes. Neither of those is truly a thriller, however.

So what do you think? Does a thriller need to end on a high note to be satisfying?

15 thoughts on “Are Happy Endings Necessary?”