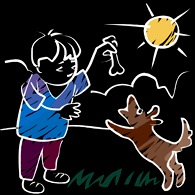 I got an email the other day from a beginning writer who was working on her first book. She had read some of my novels and enjoyed them, and she asked if I had any advice on helping her strengthen her writing. I could have given her many answers to that question including creating an outline, researching carefully, developing strong characters, accuracy, compelling plot, etc. But what I decided to tell her was that the best way to strengthen her writing was to choose the right words.

I know that may sound almost too basic. After all, it doesn’t take a genius to figure out that the right words in the right order can make for good writing. But I suggested that once she completed her first draft and started the rewriting process, she spend time considering if she needed an alternative to her action and descriptive words. I’m not advocating a thesaurus-intensive approach to writing, just a conscious effort to consider if there’s a better, stronger, more visual alternative to power and descriptive words.

If you strip away all the words that you can’t change such as proper nouns, character’s names, conjunctions, prepositions, and other necessary parts of speech, what’s left are words that the writer can consider changing to strengthen the story.

And here lies the true craft of storytelling: choosing the right word.

Choosing the right word helps create a stronger visual image in the reader’s mind that should closely resemble the image in the writer’s mind. And the closer those two visions synchronize, the more intimate, meaningful and thrilling the experience can be for the reader. The first words to fall target for change are descriptive words.

Here’s a short exercise in choosing the right descriptive words. It’s a one-sentence story I call A Boy and A Dog. As the writer, I see the action clearly in my mind, but do you see the same scene?

The dog ran toward the boy.

Pretty simple, right? Do you have a clear image of the dog? The boy? Do you see what’s happening with the action? Maybe, but there’s a great deal of room for interpretation. Our collective visions are not synchronized because the descriptive words—dog, ran, boy–are vague and general. Let’s try again.

The big dog ran toward the small boy.

Any better? Do you see the same dog and boy in your mind that I do? Are we talking about a poodle or a collie? Boxer or Doberman? Does small mean that the boy is short or young? Let’s revise.

The big black dog ran toward the small frightened child.

OK, now we’re using some better descriptive words. Are you starting to get the same picture in your mind that I am? Can you see the big black dog? Is it the same dog and child I envision as I write the story?