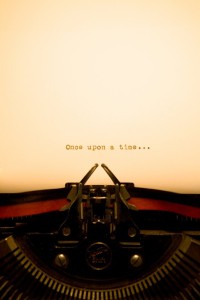 We’re having another one of our periodic Sunday Writing Schools today at the Kill Zone (See the link to our inaugural school).
Here’s how it works: We post a couple of writing-oriented questions that we’ve collected over the weeks, and do our best to answer them. Readers can post more questions in the comments. Feel free to chime in with your own opinions, including snarky ripostes to our advice. This is basically intended to be a free-for-all exchange of ideas about writing, not a serious-minded Fount of Wisdom.
We’ll just have some fun.
The first question in the mail bag is from Win Scott:
Q: I know some writing books say not to use prologues, but I need to open my story with an event that precedes the main story. This event is also much more dramatic than my first chapter, and it lays the groundwork for everything that comes next. Can I use a prologue in this case?
A. [From Kathryn]: I’ll admit my bias here–I don’t like prologues. I think they’re old fashioned, and you risk turning off screeners if you use them. Readers don’t care when you start your story, so why not make your Prologue your “Chapter One,” and then turn what was your first chapter into a “forward flash” in time? You can add a date-anchor at the beginning of the chapter to orient the reader in time. I’ve seen many thrillers use this technique, and the effect is much more immediate and dynamic than if you use a prologue.
But that’s just my two cents. I’ll let the other Killers chime in.

Here’s a question from Joy F.

Q. What are some methods of getting over writer’s block?

A. [From Joe] Getting the juices flowing can be tough sometimes. We all experience it. Here are a few tips that might help. Try writing the ending first. Consider changing the gender of your character or the point of view. Tell the story or scene from another character’s POV. Just for grins, switch from third person to first or vice versa.

You don’t have to keep the results of these exercises but they might boost your imagination and get you going again.

(If you would like to ask other questions today, feel free to add them in the Comments. We’ll answer them there.)
~~~~~~~~~~~~~~
Coming up on our Kill Zone Guest Sundays, watch for blogs from Sandra Brown, Steve Berry, Robert Liparulo, Paul Kemprecos, Linda Fairstein, James Scott Bell, Alexandra Sokoloff, and more.