Today our guest blogger is Robert Gregory Browne, whose latest work WHISPER IN THE DARK received a starred review from Publishers Weekly, and is currently available in stores everywhere…

Imagine, if you will, The Fugitive with Ace Ventura as the lead.

While much of the plot of this exciting movie could remain intact, the entire flavor of it would be radically different. Scenes would change, dialog would be altered… and, despite the plot similarities, chances are pretty good these two versions would wind up on completely different shelves in your local video store. Which isn’t all that surprising.

Whenever I spout off about the all-important need for great characters, someone invariably disagrees. True writing success, they say, lies not only in great characters, but in your ability to come up with a great plot and structure, compelling dialogue and so forth.

And they aren’t wrong. In fact, I couldn’t agree more.

But the simple truth is this — and I’m not the first to say it: your characters define all those things. They are your story. Even if you succeed in giving us a wonderful plot and structure, you’ve got nothing unless your characters jump off the page. In writing fiction of any kind, characters are everything. Everything.

It is impossible to imagine Gone With the Wind without the feisty, self-centered yet courageous Scarlett O’Hara. Or Citizen Kane without the domineering presence of Charles Foster Kane.

But not only are these lead characters all-important, every character that surrounds them seems to be full-bodied and alive. The authors have somehow managed to pump life into every single character that occupies the page.

Now the question is this: how do you and I do the same thing? 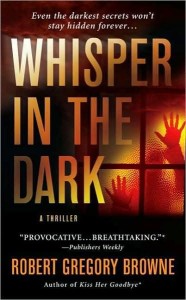 Truth is, I can’t tell you how to do this, but I can tell you how I do it — and I’m often complimented on my great characters. But my method, like any other method taught out there, is not surefire for everyone who tries it. In fact, many people will reject it out of hand as being far too simplistic. And they may be right. Yet it works for me. And, who knows, it might just work for you.

There are writing gurus who will tell you that the only way to create a great character is to sit down with a legal pad or a bunch of note cards or a character chart and start filling in the blanks.

How old is the character? What’s his occupation? What are his likes and dislikes? What school did he graduate from? Where’s his hometown? Who were his best friends in grammar school. What kind of parents does he have? Does he have any siblings? The list goes on and on and on.

Well, yes. Of course. But, I’m sorry, call me lazy, call me stupid — I just can’t bring myself to sit down long enough to answer all these questions.

Oh, I’ve tried. But halfway through I find myself wondering, what’s the point to all this? I may say my main character attended Dartmouth — but how exactly does that bit of information help me unless it’s directly related to the story at hand?

I have yet to figure it out. Instead, I approach the task in this way:

Let’s go back to Scarlett O’Hara for a moment. How did I describe her? Feisty, self-centered yet courageous? You could throw in flirtatious and childish as well. These are all attitudes that our audience can immediately latch onto and understand. We don’t need to know that she comes from a pampered Southern background and a rebellious Irish father to understand — and perhaps identify with — that attitude. Her attitude alone is enough to draw us in.

Why? Because attitude is action — the character in a state of being. Giving your character an attitude — preferably one that conflicts with the other characters in your story — is a great way to help you and your audience understand who that character is.

Adding emotion to your character can help your audience identify with him or her. Looking at Scarlett O’Hara again, when Gone With the Wind opens we see the flirtatious and selfish side of Scarlett’s personality. But as the opening scenes continue, we discover that despite all the attention she’s getting from the men in her world, she’s actually in love with another and has been rejected by him. Scarlett is wounded by that rejection yet hides the hurt from all but the object of her affection.

This is an emotion/reaction we can all identify with. If we haven’t experienced it ourselves, we have seen it in others we know and love. The emotion is what gives depth to… the attitude.

CHARACTERS MUST HAVE A GOAL

Every character must have a goal. Not just the main character. This is a given. Without a goal, your main character will wander aimlessly and your audience will disappear.

But every character that inhabits your story should have a goal. The character’s goal is often what defines both attitude and emotion.

Let’s take a relatively minor character for example. A grocery store clerk. The hero is buying a carton of milk. For a beat of conflict in an otherwise innocuous scene, we might give the grocery store clerk a goal: she wants to go home. She’s been on her feet all day long, the new shoes are killing her and all she wants to do is punch that time clock (and maybe anyone who gets in her way) and get the hell out of there.

This goal can help you define the character’s attitude. Is she weary? Is she grouchy? And how does this affect (read: conflict with) the hero?

Giving such a minor character a goal and an attitude/emotion may seem silly, but the result is a much richer story with much richer characters.

Defining an attitude/emotion and a goal are all wonderful, helpful things. But none of them mean squat if we don’t see these things in action.

Sure, we can have Joe Blow say our hero is a selfish, manipulating bastard, but that means nothing unless we see this for ourselves. The way your character acts and speaks is what finally defines her/him.

When I describe Scarlett O’Hara as flirtatious and self-centered, these attributes are defined by what Scarlett says and does. She flirts with just about every man who enters her world, she manipulates them into paying attention to her despite the unhappiness this brings to the other women around her. By seeing her in action and hearing her words, we quickly understand the attitude and emotion she brings to the story.

The cliche, Show Don’t Tell, couldn’t be more true here. We must always show our characters acting and reacting — not simply talking about their motivations and desires.

Defining a character’s goal/attitude/emotion/action are all wonderful things, but how exactly do we go about doing that without resorting to those cards and charts and character sketches the writing teachers tell us we so desperately need?

Again, this works for me. It may not work for you. And it’s deceptively simple:

Yes, you say, but isn’t that a bit limiting? Doesn’t that make for a rather monotonous set of characters?

Maybe. But I have yet to hear any complaints. If my lead character is a divorced father of three who finds himself unwittingly involved in a conspiracy to overthrow the government, the first thing I ask myself when approaching a scene (even though I’m happily married and wouldn’t know a conspiracy if it jumped up and bit me) is this: how would I react in this situation.

Then I add the color (read: attitude/emotion). How would I react, if… I was a self-centered bastard… a no-nonsense cop… an officious political hack. And I apply this technique to every character I write.

In short, I’m like a method actor playing all of the parts. By using myself and a healthy dose of imagination, I can approach characterization from the inside out. And once I’m able to get into the skin of my characters, it’s much, much easier to create someone whom I, and hopefully the audience, can identify with.

If you still feel like you have to drag out the cards and charts, then so be it. If knowing every single little detail about your character is important to you, then by all means write them all down, cover your entire wall with important tidbits of information. I would never belittle anyone for doing what feels right for them.

But while you’re at it, take into consideration the things I’ve talked about here. Remember attitude, emotion, goal and action.

Because these are the things that will make your characters leap off the page and propel your audience through the story. The key to success is to get your audience to say (and I’m cringing as I write this):

Frankly, my dear, I do give a damn.

Rob Gregory Browne was an award-winning screenwriter who rode the Hollywood roller coaster until severe motion sickness forced him to retire. He has now settled comfortably into his new life as a thriller writer, producing the books KISS HER GOODBYE, the just released WHISPER IN THE DARK — which received a starred review from Publishers Weekly — and the upcoming KILL HER AGAIN. Rob lives in California.

Mark your calendar for the following guest bloggers at the Kill Zone:

13 thoughts on “Creating Characters that Jump Off the Page”