The Kill Zone is thrilled to have New York Times Bestselling Author Michael Palmer, M.D., joining us today. Michael can not only cure your ills, he’s also the maestro behind some of Thrillerfest’s most inspired ballads and his books are strong medicine indeed. Read on, as he explains the whys and wherefores of McGuffins… 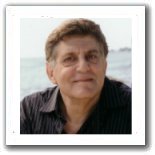 Greetings from New England everyone……it’s a pleasure to be a guest blogger on so prestigious a site as The Kill Zone…..i have decided to write the way I’m most comfortable—without much punctuation/capitalization……if that style is uncomfortable for some of you, you’ll have to read it through twice……actually, there is another “lesson” here…..this technique is the way I work my way through so-called writer’s block……I just relax, abandon whatever punctuation I want to abandon, as well as grammatical “structure” and write down with minimal edits, the ticker-tape that is passing through my head…..

Michelle G. knows that I enjoy talking about The McGuffin, and asked me to blog some of my thoughts here……i’m going to sort of start at the beginning, and hope I don’t ramble on too long…..

The McGuffin is a noun created by Alfred Hitchcock, and applicable more to suspense stories than most other genres of screen plays and books, although there is certainly some crossover…..parts of some of this material can be found in the writer’s tips section of my website. . . .

when I start my books, I force myself to begin with a carefully constructed “what if” quest

ion, which is limited (for clarity’s sake) to no more than 25 words or 2 sentences—sort of a what would you say your book is about to an agent who got on the elevator on the second floor and was getting off at the fourth?? . . . . For example, for my new book, The Second Opinion, the what if is: What if an expert in IT and an expert in electronic medical records began using EMR as a murder weapon? ……sound good?…..it does to me, and I’ve had 14 of 14 books on the times list…..so let’s go with it…..

now, with the what if under my belt, before I decide on a main character (“whose book is this?”), I need to take a crack at answering the question asked in my what if . . . . That answer we will call The McGuffin . . . . it doesn’t have to be the forever answer……I can change it any time I want to . . . . it doesn’t even have to a great McGuffin—just one that works and isn’t something totally ridiculous for this book like that martians are using the information in people’s EMR to choose subjects for kidnapping to their labs . . . . actually, now that I read it over, that McGuffin ain’t too bad . . . the McGuffin doesn’t have to have any tremendous relevance to the plot, but it does have to provide a reasonable answer to the what if question…..

example: in my book Extreme Measures, the what if is simply “What if there was a drug (there is, incidentally) that could make you look like you were dead when you weren’t”…..now that’s a great what if……Poe went to the bank on what ifs like that one . . . . but where’s the story? . . . what would someone want with a drug like that??…..the answer my friends is THE MCGUFFIN……in the case of extreme measures, the baddies want to use the drug to remove homeless people from society to use them for human experimentation (using their organs for transplant would work just as well as a McGuffin, and there are dozens of others) . . . are you getting this?? . . . it’s not such a simple concept, but once you understand it, the mcguffin will support your plot development like a rock….

To summarize: a McGuffin is a plot device which you need to drive the story, but which is changeable and has no real relevance . . . I would not advise choosing your protagonist and starting your prologue without having worked out a decent McGuffin, but it’s certainly possible to try it that way and hope for McGuffin-inspiration along the way . . .

There are examples of McGuffins in all of my books, and in all of Hitchcock’s films……what was Psycho about??—certainly not the $40,000 Janet Leigh stole from her office……she could have stolen plans for a new toaster . . .. and in North by North west, why were the baddies chasing Cary Grant?? Why to steal his McGuffin, of course……I’ll bet only a small percentage of you who have seen and loved North by Northwest can tell me why they were after Cary and Eva Marie – in fact, I’m not sure Hitchock himself could have told you fifteen minutes after he wrote it into his film . . .

So try to have your McGuffin place before you begin your book – it’s much easier that way…..but don’t worry if you decide to change it along the way—it doesn’t matter….just remember, that like any other endeavor, there are A+ McGuffins and C- McGuffins . . . the more organic your McGuffin is to your story, the better . . . but a C- is still passing . . . .

Many readers (although they have never heard the word) think they are reading your book to learn the McGuffin–that is to find out exactly what has been going on–why these baddies are poisoning people to make them look like they are dead when they’re not . . . but the truth is, if you are any good at this writing business, they are flipping pages like mad because you have led them to care–genuinely care–about the characters you have created . . .

What are your all-time favorite McGuffins? I’ve got one in my latest release, THE SECOND OPINION, which is in bookstores now…

Michael Palmer, M.D., is the author of the The Second Opinion, The First Patient, The Fifth Vial, The Society, Fatal, The Patient, Miracle Cure, Critical Judgment, Silent Treatment, Natural Causes, Extreme Measures, Flashback, Side Effects, and The Sisterhood. His books have been translated into thirty-five languages. He trained in internal medicine at Boston City and Massachusetts General Hospitals, spent twenty years as a full-time practitioner of internal and emergency medicine, and is now an associate director of the Massachusetts Medical Society’s physician health program.

9 thoughts on “The McGuffin”