One of the author panels I’ll be on at the upcoming MWA SleuthFest is Anatomy of a Thriller (the other is Supernatural Sleuths). I’ll be sharing the panel with literary agent Nicole Kenealy (Aaron M. Priest Literary Agency) and publisher Benjamin Leroy (founder of Bleak House Books). So to follow in Kathryn’s footsteps from her post yesterday, let’s continue discussing thrillers and what makes them so thrilling. 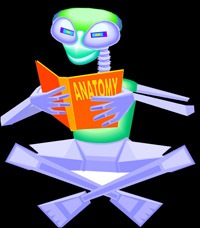 First, what is a thriller and how does it differ from a mystery?

Although thrillers are usually considered a sub-genre of mysteries, I believe there are some interesting differences. I look at a thriller as being a mystery in reverse. By that I mean that the typical murder mystery usually starts with the discovery of a crime. The rest of the book is an attempt to figure out who committed the crime.

A thriller is just the opposite; the book begins with a threat of some kind, and the rest of the story is trying to figure out how to prevent it from happening. And unlike the typical mystery where the antagonist may not be known until the end, with a thriller we pretty much know who the bad guy is right from the get-go.

So with that basic distinction in mind, let’s list a few of the most common elements found in thrillers.

1. The Ticking Clock. Without the ticking clock such as the doomsday deadline, suspense would be hard if not impossible to create. Even with a thriller like HUNT FOR RED OCTOBER which dealt with slow-moving  submarines, Clancy built in the ticking clock of the Soviets trying to find and destroy the Red October before it could make it to the safety of U.S. waters. He masterfully built in tension and suspense with an ever-looming ticking clock.

2. High Concept. In Hollywood, the term high concept is the ability to describe a script in one or two sentences usually by comparing it to two previously known motion pictures. For instance, let’s say I’ve got a great idea for a movie. It’s a wacky, zany look at the lighter side of Middle Earth, sort of a ONE FLEW OVER THE CUCKOO’S NEST meets LORD OF THE RINGS. If you’ve seen both of those movies, you’ll get an immediate visual idea of what my movie is about. High concept Hollywood style.

But with thrillers, high concept is a bit different. A book with a high concept theme is one that contains a radical or somewhat outlandish premise. For example, what if Jesus actually married, had children, and his bloodline survived down to present day? And what if the Church knew it and kept it a secret? You can’t get more outlandish than the high concept of THE DA VINCI CODE.

What if a great white shark took on a maniacal persona and seemed to systematically terrorized a small New England resort island? That’s the outlandish concept of Benchley’s thriller JAWS. What if someone managed to clone dinosaurs from the DNA found in fossilized mosquitoes and built a theme park that went terribly wrong? You get the idea.

3. High Stakes. Unlike the typical murder mystery, the stakes in a thriller are usually very high. Using Dan Brown’s example again, if the premise were proven to be true, it would undermine the very foundation of Christianity and shake the belief system of over a billion faithful. Those are high stakes by anyone’s standards.

4. Larger-Than-Life Characters. In most mysteries, the protagonist may play a huge role in the story, but that doesn’t make them larger than life. By contrast, Dirk Pitt, Jason Bourne, Jack Ryan, Jack Bauer, James Bond, Laura Craft, Indiana Jones, Dr. Hannibal Lecter, and one that’s closest to my heart, Cotten Stone, are all larger-than-life characters in their respective worlds.

5. Multiple POV. In mysteries, it’s common to have the story told through the eyes of a limited number of characters, sometimes only one. All that can change in a thriller. Most are made up of a large cast of characters, each telling a portion of the story through different angles. Some thrillers are so complex in their POVs that you really need a scorecard. But even with multiple POVs, it’s vital to never let the reader lose sight of whose story it is. There should be only one protagonist.

6. Exotic Settings. Again, in most murder mysteries, the location is usually limited to a particular city, town or locale.

But a thriller can and usually is a globetrotting event. In my latest thriller, THE 731 LEGACY, co-written with Lynn Sholes, the story takes place in, amount other locations, a medieval castle in one of the former Eastern Bloc countries of the Soviet Union and ends up in Pyongyang, North Korea. Throughout the series, our stories have taken the reader to a lost city in the Peruvian Andes, a remote church in Ethiopia reputed to contain Ark of the Covenant, the Secret Archives of the Vatican, newly discovered Anasazi ruins in New Mexico, inside the royal private residence of Buckingham Palace, secret tunnels below the Kremlin, and many other places most of us will never get to visit. Exotic locations are a mainstay of the thriller genre.

Like any generic list, there will always be exceptions and limitations. But in general, these are the elements you’ll usually find in mainstream commercial thrillers. But the biggest and most important element of all is that a thriller should thrill you. If it doesn’t increase your pulse rate, keep you up late, and leave you wanting more, it probably isn’t a thriller.

Are there any characteristics of a thriller not on my list? What do you look for in a good thriller?

19 thoughts on “Anatomy of a Thriller”