One of the questions writers hear often is where do we get our ideas. Depending on the situation, my standard answer is that I subscribe to the Great Idea Of The Month Club. And when someone asks how they can join, I have to tell them that members are sworn to secrecy and forbidden to divulge that information.

If I’m pressed for an answer, I say that I can give some sources away, but only if they don’t tell where they got them. If they want to write murder mysteries, for instance, I aim them toward THE MURDER BOOK 2008, a blog by Paul LaRosa that records all the murders in New York City during 2008. There’s enough material there to keep a writer going for years.

Or if they want to get a little X-File-ish, I send them over to Above Top Secret for some out-of-the-ordinary research. If their writing a period piece, say a western or Civil War drama, there’s always Research Unlimited.

But in reality, our ideas can come from almost any source at any time. Writers’ minds are in-tune with their surroundings ready to see the telltale signs of that little spark that could be used in a story or even become the basis of a whole book.

Then there are the times when ideas fall out of the sky and hit us on the head. That happened recently when I opened the paper and saw the headline, “Julia Child revealed as member of spy ring”. Folks, it 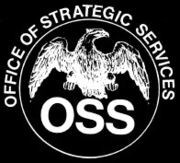 don’t get much better than this. Just in case you didn’t catch it on the news, it seems that back in 1942, President Franklin Roosevelt created an organization called the Office of Strategic Services (OSS) which would become the predecessor to the Central Intelligence Agency. The job of the OSS was to collect and analyze strategic information required by the Joint Chiefs of Staff and to conduct special operations not assigned to other agencies.

So who made up the OSS? It turns out from recently revealed government documents that the 24,000 members of the OSS were one of the most eclectic group of people ever organized for intelligence gathering. Future famous members included Nobel laureate Ralph Bunche, movie director John Ford, actor Sterling Hayden, U.N. ambassador Author Goldberg, actress Marlene Dietrich, and the one that made me smile—TV cooking personality, Julia Child. Of course, these “spies” were OSS members long before their more famous occupations developed in later years. 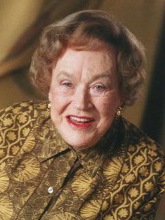 And what did Ms. Child do as a spook? She was hired in the summer of 1942 for clerical work with the intelligence agency and later worked directly for OSS Director William Donovan. She also helped in the development of a shark repellent to ensure that sharks would not explode ordnance targeting German U-boats. Not quite a female James Bond, but impressive, none the less. I wonder if she ever cooked dinner for director Donovan. There’s definitely a story there somewhere.

So where can you find ideas for a story? Sometimes you just have to open the newspaper. My hat’s off to Julia Child. She did more than most of us will ever do. She spied.

Note: Join us on Sunday, August 31, when our guest blogger will be international bestselling author and International Thriller Writers VP, David Hewson.

5 thoughts on “She Spied”