“A great book should leave you with many experiences, and slightly exhausted at the end. You live several lives while reading.” ― William Styron

A writer friend of mine, Tim Hallinan, had an interesting post on Facebook the other day. Well, all his posts are interesting, but I thought this one you all at TKZ might really enjoy. Plus, I read it at a special point while my writing my new book. Here’s the post. Then I’ll be back and we’ll talk.

Bruce Springsteen in the NY Times today, talking about his goals for his one-man Broadway show:

“I think an audience always wants two things. They want to feel at home and they want to be surprised.”

If I had a single writing space, I’d put those words on the wall.

I think book readers want the same things, except that by “at home” they mean knowing instinctively that they can trust the writer not to violate the covenant between them, the sort of handshake made in the first few pages, that says the writer will do his/her best throughout the considerable amount of time the reader is generously volunteering to the experience. The reader needs to “feel at home” in their expectation of the kind of story and the level of quality and commitment the writer is attempting to bring to the experience. (It’s actually more like an airbnb, in that readers might expect different kinds of experiences from different spaces or books.)

But in addition to that level of comfort, they also want to be surprised — the book needs to take them places they weren’t expecting to go. And I think that covers everything from major story developments to tiny moments of grace among individual characters, maybe just a new way to say something.

I can’t think of anything, from a mild chuckle to a moment of illumination, that this doesn’t imply. 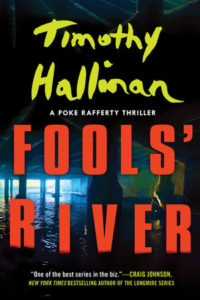 Isn’t that great stuff? Both from Bruce and Tim.  A couple years back, I read Tim’s Edgar-nominated book The Queen of Patpong. Normally, I don’t go for Asian settings, but I really was transported by his rendering of his location and the arc of his character Rose, village girl turned sex worker. Her story reminded me of another book that took me east, Memoirs of a Geisha by Arthur Golden, another tale of a girl sold into sex trade. (Click here to read the opening of The Patpong Queen to get a taste of of what it’s like in a Bangkok lap bar. Tim’s latest release, by the way, is coming in November — Fools’ River)

I’m also a big Springsteen fan. Not just for the tunes. Mostly it’s because he’s a great storyteller. So many of his songs are short stories, filled with damaged characters and locations painted with Van Gogh virtuosity. With just a few quick impasto strokes, Springsteen makes me see his places —

New Jersey Turnpike riding on a wet night
‘Neath the refinery’s glow out where the great black rivers flow.
License, registration, I ain’t got none
But I got a clear conscience ’bout the things that I done

And makes me feel for his people —

Now ever since we was young kids it’s been the same come down
I get a call over the radio Franky’s in trouble downtown
Well if it was any other man, I’d put him straight away
But when it’s your brother sometimes you look the other way

Like a good novelist, Springsteen honors the covenant between writer and reader. He makes us feel at home in his genre and his world, yet his song-stories can surprise through their ability to ignite a memory, touch a heart, or thrum a fear.  I’ve cried listening to him perform Independence Day, a song about a son’s inability to connect with a father. This is what great books do as well — they resonate, they connect, they make you think when you read them, yes, that is exactly how I feel!

As Tim so nicely puts it, a novel “is a handshake in the first few pages” that the writer will do everything in her power to keep up her side of the bargain. And as for that element of surprise both Bruce and Tim talk about, well, that’s the magic, isn’t it.

“Surprise” isn’t just a mere plot twist (though that can be fun). It isn’t just the final revelation of who did, indeed, do it. (though that can be satisfying). It isn’t the colorful rendering of your location (though who doesn’t want to visit far away places with strange-sounding names, like Bangkok and Bayonne?) “Surprise” is, as Tim says, the magic dust you spread throughout your entire book, from the care you put in your plotting, to the love you invest in your characters, even the bad ones, maybe especially the bad ones.

I’m one chapter shy of finishing the latest book.  This book has taken my sister Kelly and I “home” in that we have returned to our series character Louis Kincaid, and I am hopeful this story will make Louis’s fans feel a comfort that maybe they didn’t feel with our previous stand alone thriller. And we’ve worked really hard — and long — on this one to strengthen the covenant by producing what we really hope is a subtle and mutli-layered psychological mystery.

But I also hope the readers will be surprised. We’re taking them up to the wilds of Michigan’s Upper Peninsula, where small skeletons are found buried in abandoned copper mines, and into the arcana of the Catholic religion, where good cops struggle to reconcile the sanctity of the confessional with their need for justice.

This is why Tim’s post resonated with me. It is also why I started out today with one of my favorite quotes from Styron. We’re about ready to type THE END. I’ve had some experiences. I’m a little exhausted. And I’ve lived a couple lives while writing it. I can only hope the readers will feel the same. 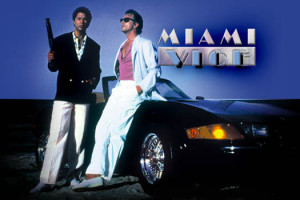 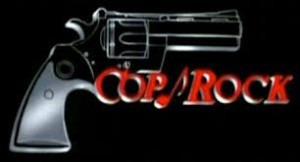