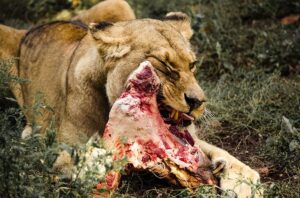 My wife and I were once members of a small group, the majority of which were from the same family. The “joking” consisted of sarcasm and was often so abrasive that it felt uncomfortable. When new people joined the group, they were subjected to the same abuse, almost like an initiation rite. Eventually my wife and I realized this was not healthy and left the group.

I never thought, at the time, about the possibility of underlying problems, except maybe “clan mentality,” but years later as I’ve explored sarcasm, I’ve been intrigued by some of the possible psychological issues that may exist below the surface.

We all chuckle at the character with the humorous, snarky voice who seems to have found a way to entertain while he pokes fun at someone else. And we use sarcasm in our characters to create a distinct voice, but do we look beneath the surface to find the pathology that might exist or even explain why the character uses the sarcasm?

So, let’s take a look at sarcasm today.

First, what is it?

The root, “to bite or strip off flesh,” comes from Latin “sarc” – flesh or muscle – and from Greek “sark” – flesh, piece of meat.

1: a sharp and often satirical or ironic utterance designed to cut or give pain

2a: a mode of satirical wit depending for its effect on bitter, caustic, and often ironic language that is usually directed against an individual

“Sarcasm refers to the use of words that mean the opposite of what you really want to say, especially in order to insult someone, or to show irritation, or just to be funny. For example, saying “they’re really on top of things” to describe a group of people who are very disorganized is using sarcasm. Most often, sarcasm is biting, and intended to cause pain.”

According to Wikipedia, sarcasm was first recorded in English in 1579, in an annotation to The Shepheardes Calender by Edmund Spenser:

And what is some of the psychological pathology that may be hiding in the user of sarcasm?

“Sarcasm comes from the Greek sarkasmos, which means “the tearing of flesh.” The intention behind sarcasm may be to be humorous or playful, but there is frequently an element of poorly disguised hostility or judgment. When we grow up in families in which sarcasm is frequently used, there can be an insensitivity to others’ sensitivity to it. It can feel hurtful or hostile to the person on the receiving end of it. It frequently diminishes a feeling of trust and safety, provoking feelings of anxiety or defensiveness due to never knowing when the other shoe is going to drop.

“Sarcasm is a thinly veiled attempt to disguise feelings of anger, fear, or hurt. It can be a means of diminishing feelings of vulnerability that may be experienced in the willingness to acknowledge the underlying feelings. When the deliverer of the sarcasm gets angry or defensive at the recipient of it for “taking things too personally” or being “too sensitive,” they are trying to invalidate the other’s feelings and avoid feeling guilty or responsible for causing them pain.”

Here is a link to an article that may go a little deeper into understanding the problems a chronically caustic, sarcastic individual may be hiding:

Behind the Scenes of Sarcasm

And, if you want to have some fun exploring rabbit holes, check out all the punctuation marks that have been proposed for denoting sarcasm in the article on Irony Punctuation on Wikipedia. My favorite is the “snark mark” (.~)

Okay, we’ve now had our sensitivity session for the day. And the next time you’re giving your character a sarcastic voice, you’ll know that a paper tiger may be hiding behind that voice.

Now. It’s time to have some fun.